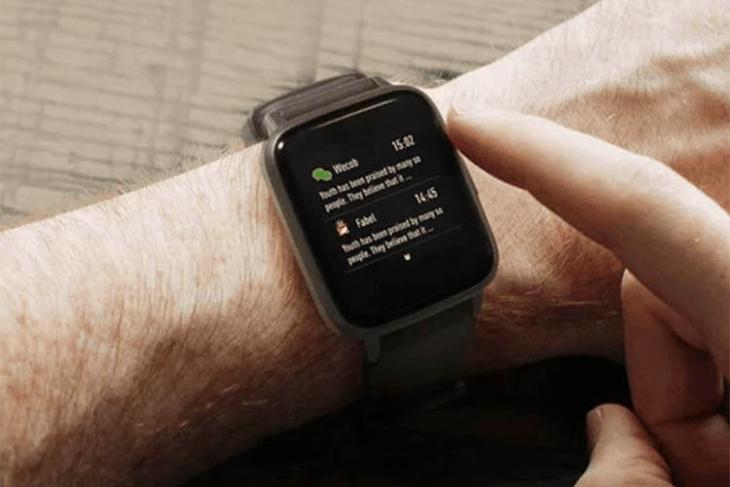 Over the last few months, Xiaomi has launched quite a bunch of smartwatches in China. The company launched the Apple Watch look-alike Mi Watch in the country in November, and the company also launched a kids smartwatch in China later that same month. However, it seems that the company isn’t resting yet when it comes to smartwatch offerings and has now started crowdfunding yet another smartwatch in its home country.

Called the Haylou Smart Watch, the brand new smartwatch from Xiaomi comes with a 1.3-inch LCD display with a resolution of 240 x 240 pixels. The watch also packs in a heart rate sensor, activity tracker, sleep tracker, and 9 sleep modes. Keeping all of this humming along is a 210mAh battery that the company claims will allow the watch to be used for 14 days on a single charge.

The watch comes with a removable silicone strap, which means you can replace it with a different strap if the default band is not to your liking. Plus, if you’re worried about taking it out in the rain, the watch comes with IP68 rating, and is water-resistant up to 1.5 metres for 30 minutes, which is great and on-par with some of the best budget smartwatches out there.

The Xiaomi Haylou Smart Watch is clearly aimed at budget users, and while that may not be very obvious from its features, it’s clear because the company is crowdfunding it for just 99 Yuan (around ₹1,000) right now. After the crowdfunding is over, the watch will be available at a retail price of 119 Yuan, which is around ₹1,200 and that’s an incredible price for a smartwatch.