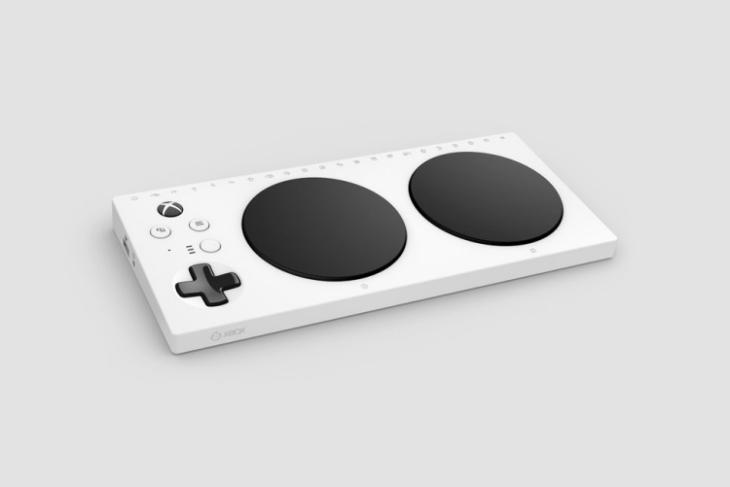 Microsoft Xbox is coming to E3 2018 with an arsenal of game announcements, that much we already know. But, a fresh leak now suggests that the company could be planning to launch a new Xbox controller that brings the latest gaming experiences to the ones with disabilities.

Leaked by well-known Windows tipster, WalkingCat on Twitter, this new Xbox controller is essentially centered around accessibility. The info on how it’ll work is currently scarce but you can see in the tweet attached below the controller has two prominently-placed A and B buttons. But, we currently cannot say if they’re touch-based or not.

The other thing that you notice right off the bat is the controller’s design, which is flat and sports several impression at the top to represent the different functions. The presence of three LED lights above the D-pad further hints that the Xbox controller might be programmable. A different LED will light up for a different game or game mode, as per the needs of the user.

All these features could prove to be a boon for users with special needs, who can then easily play all their favorite games without any hassle.

Further, this accessibility-focused Xbox controller also features a USB port and 3.5mm headphone jack on the left edge. This controller resembles the leaked Xbox Elite V2, which would have been a successor to their customizable Elite controller. It allows the users to remove parts and replace them to suit their needs and comfort during gaming.

With Microsoft’s focus on making its products and services inclusive for all, the company has now started building features to help out those with different abilities. We could get more details on the new controller at E3 2018, which is scheduled for June 12 – June 14.