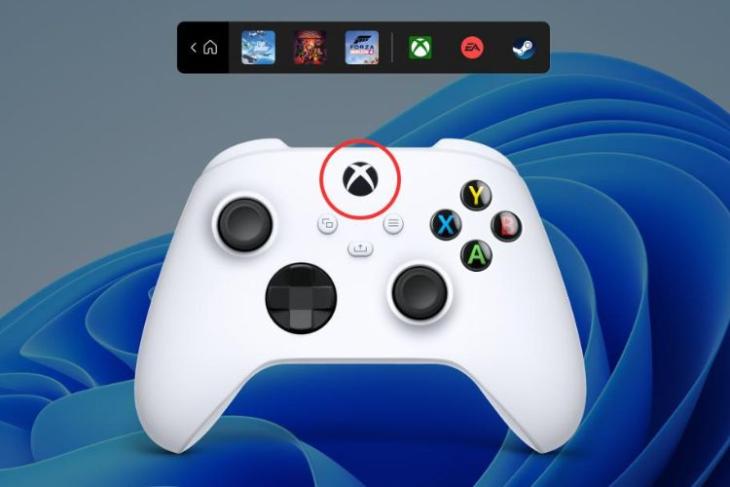 Microsoft, after rolling out the optional cumulative update for Windows 11 and making improvements to the Xbox Game Bar last month, has now started rolling out Windows 11 Insider Preview build 22616 to the Dev and Beta channels. Although this update only brings bug fixes and improvements to the OS, one notable new feature that Microsoft announced is for the Xbox Game Bar. Let’s take a look at the details below.

The recent Windows 11 Insider Build 22616 introduces support for the Controller Bar in the Xbox Game Bar app. Microsoft has announced that Windows Insiders, running Windows 11 build 225xx or higher, will now be able to access an early preview of the same.

Users in the Dev and Beta channel, running the latest Insider build of Windows 11, will see the new Controller Bar once they connect and pair an Xbox controller with their system. They can invoke it by pressing the Xbox button on the controllers and easily access games and game launchers with a click of a button.

While the Controller Bar shows all the games in a slidable carousel, there is a dedicated section for recent games that can show up to three games that the user played recently on their local device. You can check out Microsoft’s official in-depth blog to get started with the new Controller Bar. The feature will soon be available in the Xbox Game Bar app for all users via a Microsoft Store update.

Some Bug Fixes Too!

Other than this, Microsoft has introduced some changes with the new build. The list includes the removal of the build watermark, the requirement of MSA and internet connectivity during the initial setup, and more. It has also fixed some existing bugs on the platform to further improve it. You can check out the entire changelog on Microsoft’s official website.

More importantly, Microsoft highlighted that the window for Insiders to easily switch from the Dev channel to the Beta channel is closing soon. Although the Dev and Beta channels are currently receiving the same Windows 11 builds, at some point in the future, Microsoft will deliver different builds to the channels.