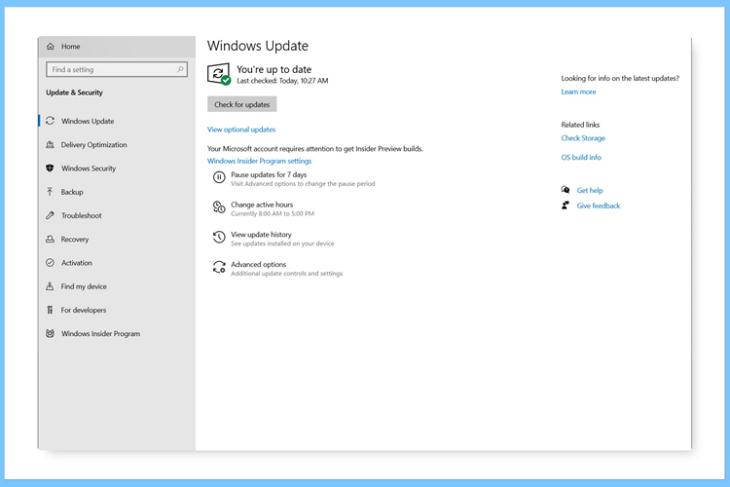 Microsoft is working to give Windows 10 users more control over the way Windows updates work. Announced with the Windows 10 Insider Preview Build 19536, the tech giant will now let you choose optional updates.

In case you’re wondering what optional updates are, they are mostly drivers and monthly non-security updates aimed to improve the user experience. In short, optional updates could help you troubleshoot your Windows PC better.

This way, you no longer need third-party software to keep track of driver updates. Also, you won’t have to go through the hassle of browsing the Device Manager to find a specific driver update. Neat addition, isn’t it?

Other changes introduced with the latest Windows 10 Insider Preview Build 19536 includes an updated Korean IME, Family group setup to let users manage the device to be used by others in the family, and updates to Your Phone app. Check out the entire changelog of the build here.

While Microsoft has not officially confirmed yet, we could expect the company to roll out optional updates feature with the next major update Windows 10 2004, which will be rolling out next year.

Yes, Microsoft has officially confirmed the version number of the next major update. In case you’re unaware, the upcoming Windows 10 build was referenced as 20H1 by the Redmond giant till now. Windows blog mentions that the company has chosen to use 2004 as the version to avoid confusion and misinterpretations to its older products like Windows Server 2003.