Skip to content
Home News WhatsApp Gets a Slew of New Voice Message Features; Check Them Out Here! 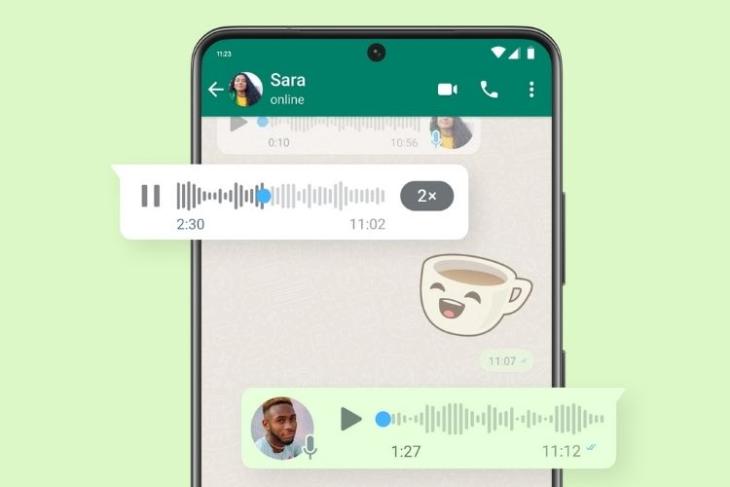 The first feature is a useful one and has appeared in multiple betas. IT is the Out of Chat Playback feature, which will let you listen to voice messages in the background. This functionality will allow you to multitask and message other users in the app while listening to the voice message that needs your immediate attention.

Another feature, which has come fresh out of beta, is the ability to pause and resume voice notes while you are recording them. This will come in handy to avoid any interruptions during the recording time. Another useful feature for this is the Draft Preview.

This feature will allow you to preview a voice note before sending them to people so as to refrain from making any mistakes. The ability to preview voice notes was previously announced by WhatsApp.

The fourth feature that has made its way to WhatsApp is waveform visualization of voice notes. It will show waveforms while listening to a voice message so that it’s easier to follow the message. Again, this feature was also a part of the beta earlier.

WhatsApp wants to make listening to voice notes easier, and therefore, it now has the ability to remember where you stopped listening to the message so you can pick up from that point again. Lastly, there’s now support for “Fast Playback” for both regular and forwarded voice messages, allowing you to listen to them on 1.5x or 2x speeds.

All these new WhatsApp voice message features will reach Android and iOS users in the coming weeks. Do let us know which one of these do you need the most in the comments below.

In related news, WhatsApp has introduced a new “Bol Behen” chatbot, which will let teenage girls and women talk about health and sexual wellbeing. It can be accessed by sending a “Hi” to +91-7304496601 or visiting the chatbot on the web. This specifically targets Hindi-speaking women who mostly use low-end phones with low internet connectivity.