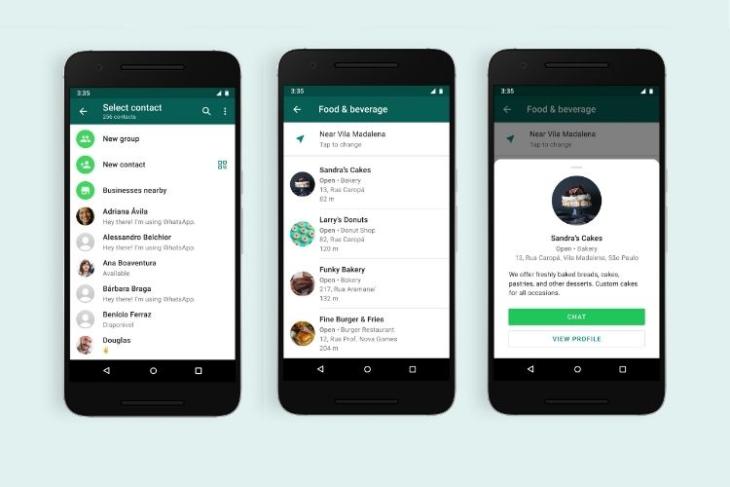 WhatsApp has been adding a ton of new features to its platform lately. We recently saw the company roll out a new payment shortcut and announce encrypted backups to enhance privacy. Now, the Facebook-owned messaging giant has started testing a new feature that lets users search for businesses and shops within WhatsApp. It is to boost the platform’s e-commerce capabilities.

Now, although WhatsApp did not announce the feature officially, as per a recent Reuters report, the company has started testing it in Sao Paulo, Brazil. Later in the day, WhatsApp CEO Will Cathcart shared a tweet to confirm the ongoing test. Cathcart mentioned that one of the primary reasons for pilot testing the feature in Sao Paulo is because the city is “home to millions of small businesses.”

Coming to the business directory feature, it allows users to search for businesses and shops in WhatsApp via a dedicated directory. Unlike Facebook or Instagram, WhatsApp does not let businesses promote their products and services through ads. As per WhatsApp, the feature could bolster the e-commerce capabilities on the platform and allow users to find products and services more easily than ever.

“This could be the primary way that people start a commerce process in WhatsApp,” the Vice President of Business at Facebook, Matt Idema told Reuters.

“There’s definitely a route on ads, which is Facebook’s core business model, that over the long term I think in some form or another will be part of the business model for WhatsApp,” Idema further added.

Now, WhatsApp says that the new test feature will include thousands of businesses in various categories such as food, retail, and local services. So, users will be able to use the platform’s search functionality to easily find relevant products and services and interact with businesses via the messaging app. Moreover, as Cathcart mentioned in one of his tweets, the feature has been designed to be private for users (but will need you to accept its controversial privacy policy if you want to use it). WhatsApp says it will not collect data relating to your location or with which businesses you interact on the platform.

As for the availability, the business directory feature is currently being tested in some neighborhoods of Sao Paulo. However, Cathcart says that the company will expand the feature to other regions based on user feedback. Plus, Idema told Reuters that the company could expand it to Indonesia and India next. So stay tuned for more information.