Skip to content
Home Gaming What is Checkerboard Rendering? How it Works on Xbox One X And PS4 Pro?

Microsoft’s Xbox One X and Sony’s PlayStation 4 Pro are two of the newest and most powerful gaming consoles, that promise gaming at 4K resolution. Although the PS4 Pro has been available since last November, you won’t be able to get your hands on the much more powerful Xbox One X until this November. Technically, these are still eight generation gaming consoles, with hardware upgrades under the hood over the existing PS4 and Xbox One, in order to make it capable for gaming resolutions beyond 1080p.

Hang on, there’s a catch here. Sony has already claimed that their newest console makes use of Checkerboard rendering technique, to push the resolution to 4K. However, during the Xbox One X launch back at E3, Microsoft were boasting about how their latest console was capable of Native 4K Gaming. Sure, it’s true to some extent, but the console will not be able to hit Native 4K on all upcoming games. The console is claimed by analysts at the Digital Foundry to make use of the same Checkerboard Rendering technique, to achieve the 4K target in certain games like Anthem and Assassin’s Creed: Origins. If you have no clue what we’re talking about, let’s take a detailed look at what checkerboard rendering is, and how it works on Xbox One X and PS4 Pro:

What is Checkerboard Rendering?

Checkerboard Rendering is a relatively new and unique graphics rendering technique to assist a system’s GPU, in order to render a game’s visuals at higher resolutions than what it’s actually capable of. Simply put, Checkerboarding lets a GPU render graphical textures at a resolution, without having to natively render at that resolution, and it’s used in cases where the GPU just does not make the cut in terms of horsepower. Although checkerboard rendering can be considered as a custom upscaling solution, it’s not even close to upscaling by any means. You’ll realize that when we compare both of these techniques in a bit. That being said, this is pretty much a demanding technique, but if it’s properly utilized, the potential is limitless, especially when the developers have access to object and triangle data in the ID buffer.

Devices That Use Checkerboard Rendering

Checkerboard Rendering is currently being implemented on the new gaming consoles, namely the Sony PlayStation 4 Pro and the Xbox One X. However, the former did let the whole world know regarding the fact that their console utilizes Checkerboard Rendering at its full potential, in order to provide a near 4K experience that users will find hard to differentiate from.

On the other hand, Microsoft always touted their latest Xbox One X a.k.a Project Scorpio as a True 4K gaming console. The company even went ahead to say that they don’t consider the PS4 Pro as a competitor to the Xbox One X, as it’s totally in a different league. That’s true to some extent, as the PS4 Pro natively renders at 1440p on most of the games, and make use of this checkerboard rendering technique to push the resolution to 4K. 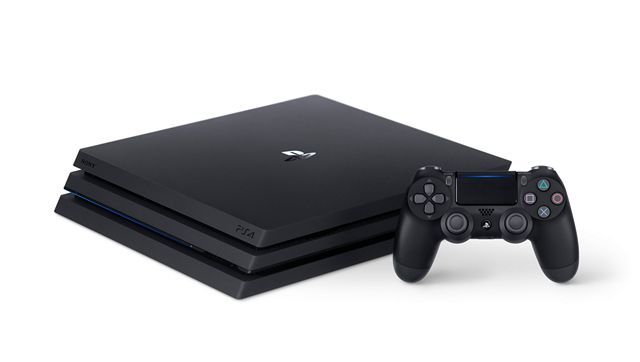 Well, we’ve seen a bunch of games running at Native 4K/60 fps on the Xbox One X during E3 2017. However, this is clearly not the case for all the games. Xbox One X packs specialized hardware for checkerboard rendering, just in case the GPU that powers the device is incapable of rendering a particular game at Native 4K resolution. Even before the console managed to hit the stores, we’ve already seen games like Anthem and Assassin’s Creed: Origins making use of this technique for providing a 4K gaming experience, as anyone with a fair amount of knowledge in this department would immediately realize that the 6 TeraFlop GPU on the Xbox One X is just not good enough for Native 4K gaming on all the latest games. A couple of years down the lane, we’ll only be seeing much more games that will utilize checkerboard technique, as the GPU housed in the console ages. 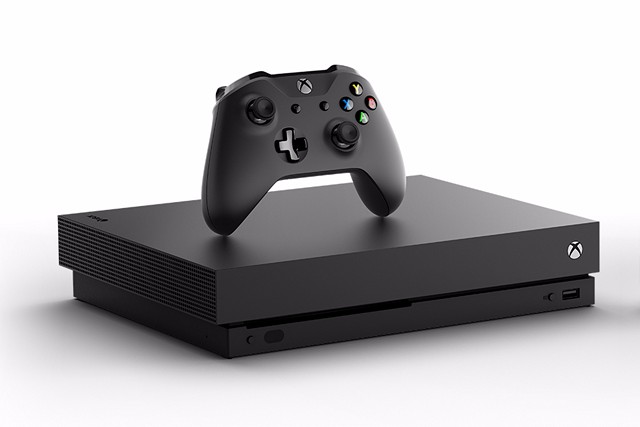 The Checkerboard rendering technique have started being utilized by game developers ever since Sony’s PS4 Pro console came into existence last year. So, the technique is relatively new and it’s primarily aimed towards rendering games at 4K resolutions. A lot of PC games that we’ve seen over the recent years have shipped with 4K textures, and almost all of them were fully capable of native 4K resolution. However, in order to game at those resolutions, you need to invest thousands of dollars on a high-end gaming rig. The latest consoles, on the other hand are usually priced at the sub 400-500 dollar mark. In order to achieve 4K gaming at this price point, the manufacturers need to sacrifice on Native 4K gaming, as the GPU housed beneath the chassis, for this price point, is just not good enough to do that. This is exactly why Checkerboard Tendering has been put to good use on gaming consoles.

Simply put, you can experience games in a much more enhanced visual fidelity without the need of a top-tier graphics card for pushing all the frames. However, what you might notice includes some sort of artifacts in a crisscross pattern, especially in fast motion scenes, as depicted in the picture below. 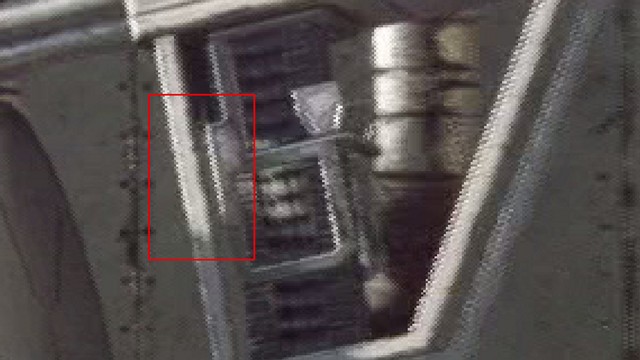 Before you jump to conclusions, we’d like to say that there’s a stark difference between Checkerboard Rendering and upscaling. To put this into perspective, upscaing is nothing but taking a video at a particular resolution and scaling things up to a higher resolution. We’ve seen this in almost all the modern TVs. Even the older Full HD TVs had upscaling prowess to scale everything up from 480p to 1080p, for a slightly enhanced appearance. Consider a frame in a particular footage. In upscaling, this frame is enlarged, so that each original pixel sits above portions of multiple pixels. A compromise method blends them and selects final values. That being said, how much of an enhancement that you get, depends primarily on the device that you’re using. However, it’s nowhere close to the much more enhanced visual fidelity that you’ll experience as a result of Checkerboard Rendering, as this technique simply doesn’t scale things up, if that’s what you’re thinking.

Moving on to Checkerboard Rendering technique on the new 4K capable consoles. In order to construct a completed frame, there should be two sequential checkerboard frames that enters the rendering pipeline. Assume a checkerboard comprised of black and white tiles. Here, consider that one frame, say “N”, is every single black tile on the checkerboard and the subsequent frame N+1, is every single white tile. Frame N is a resultant of the prior completed frame, with half the pixel count, and Frame N+1 is a new frame with new onscreen data, but also packs half the pixel content. Then, the Checkerboard rendering technique will make use of the ID buffer, which is a specialized hardware housed in the PS4 Pro and Xbox One X consoles. It tracks the movement of frame N’s pixels and compares it with the pixels on frame N+1, and project the old pixels to the new location on frame N. This projected frame N, will in turn be merged with frame N+1, in order to construct a 4K resolution frame. This merged frame will be further processed and optimized, in a move to reduce the artifacts resulting due to the earlier stages in this technique, and finally be sent to the screen. The frame N+1 will pass to the next process pipeline, in order to act as the new frame N, and this takes place repeatedly. Well, that’s pretty much the Checkerboard technique in a nutshell.

Well, at first glance you’ll find it very hard to notice the difference between Natively Rendered and Checkerboard Rendered 4K footage. However, you do notice a fair amount of difference between the two, especially when you pause the rendered video and zoom in, only to realize there are artifacts at the moving edges on a Checkerboard rendered 4K footage. Well, this is pretty much the only disadvantage of this technique as fast motion leaves a faint crisscross pattern, where only half the pixels are shaded. However, motion blur in the recent games can help a lot in hiding these artifacts, and the rest of the details are pin sharp, even with the compromise that it effectively halves the resolution upon 4K. All in all, it’s barely noticeable to the human eye, and even if you do manage to notice it, it’s not going to be a significant difference, especially considering the hardware that you need to spend your money on, in order to render games at native 4K.

Is Checkerboard Rendering Good Enough For You?

Well, this depends on your personal preferences and budget constraints. If you really want to push native 4K resolution for a glorious eye candy experience, we’ll not stop you from shelling out thousands of dollars on building a high-end gaming rig. However, if you’re a console gamer or affordability is your top priority, you will not be disappointed with the Checkerboard rendered 4K footage that you get to experience on both the PS4 Pro and Xbox One X consoles. So, what do you think about this new technique used by the latest consoles? Are you satisfied or are you still waiting on the next-generation consoles for a Native 4K gaming experience? Do let us know by shooting your valuable opinions in the comments section down below, as we’d love to read what you guys think.