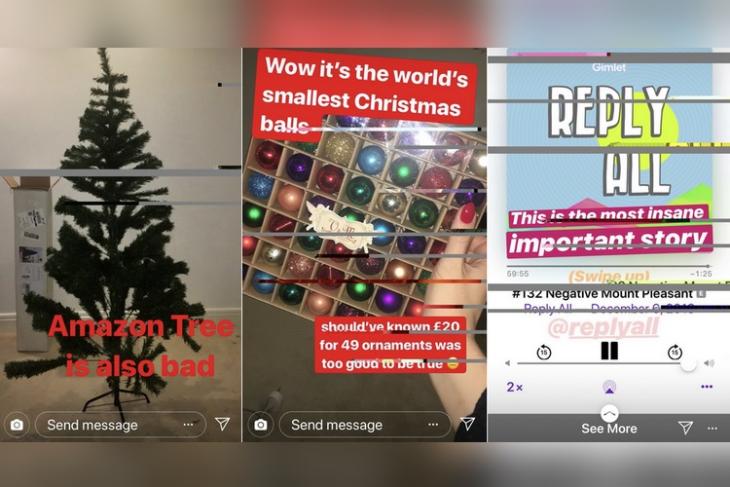 It appears that service outage is not the only thing Instagramers have to worry about. A couple of days ago, Instagram users started experiencing a weird glitch which caused lines to appear on photos and stories. Affected users took to Twitter and shared samples of the photos which had irregularly spaced lines running across the photos.

But the issue is not only limited to Instagram’s platform because photos and stories reposted on Facebook continued to show the lines. Some users thought that their phone’s display is having issues while others expressed that the lines appeared to be a funky filter. However, Instagram soon confirmed that the lines were appearing due to a bug and a fix was under development.

We're aware of an issue making bars appear over some photos. We know this is frustrating and are working to resolve it as quickly as possible.

The reaction to Instagram’s weird glitch generated a mixed response from the affected users who later shared their opinion on Twitter. A majority of them were apparently not pleased by the glitch causing lines to appear on their photos and ruining their posts and stories.

Just got a new phone, genuinely thought it was broken with O2 going down today. I had to drive 2 miles back home, just to get my google maps working for my sat nav for work this morning 😂🤦🏻‍♂️ and now this…..is anyone else getting this image glitch on Instagram? #instagram pic.twitter.com/RMYF5bZB3B

Instagram seems to be having a weird glitch on Stories 👀👀 pic.twitter.com/bgutE9rIeZ

However, there were some users who actually liked the lines and asked Instagram to make a filter that can add such an effect to their photos, while a few others were just downright hilarious documenting the glitch.

We thought it was a slick new artistic filter.

@xoMissDanielle Instagram had a bit of a glitch this morning 😂☠️ pic.twitter.com/ipAEdtVJQG

the instagram glitch is really out here making @sarahcurr look aesthetic as hell in a lowkey vaporwave way and i’m living for it pic.twitter.com/oZnTd2ANhz

Can we keep the instagram glitch forever pls pic.twitter.com/QQ9eBobpVb

However, it is not clear how widespread the issue of lines appearing on photos was. An Instagram spokesperson later told CNN Business that the glitch originated due to a bug with photo uploads and that it has now been fixed. A Facebook spokesperson also confirmed that the issue has been resolved.