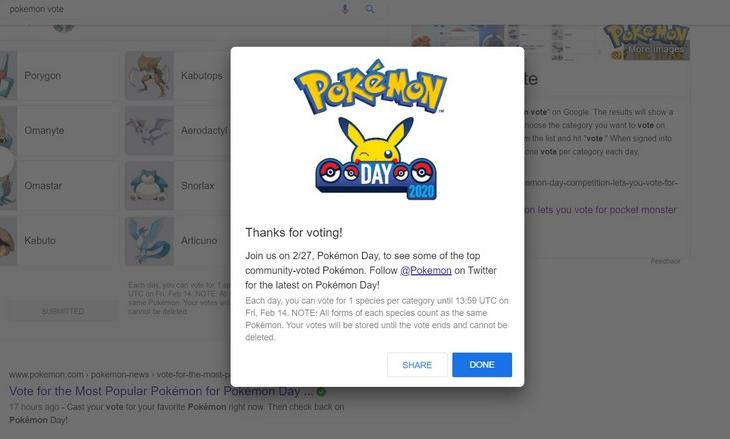 Pokemon is not just a game or a TV show for the people of Japan, it is an emotion. As Pokemon Day is approaching in Japan, the country is preparing to celebrate the day with the evergreen beings of the Pokemon universe.

February 27 is the day when the Pokemon Red and Green video games were launched in Japan. Since the popularity of these oddly cute monsters, this day became the “Pokemon Day”. To add to the festivities, The Pokemon Company joined hands with Google to hold an election for the Pokemon world. The pocket monsters are competing for the title of “Pokemon of the Year”, which will be announced on February 27.

How to Vote for Your Favorite Pokemon

Now in this election, Pokemon fans from all over the world can cast their votes to their favourite monster. Just type “Pokemon Vote” in the Google search bar to get a voting card in the search result. In the voting card, you can find every discovered Pokemon up through Pokemon Sword and Shield, from National Pokedex No. 001 to 890. There are eight categories according to the regions: Kanto, Johto, Hoenn, Sinnoh, Unova / Unys / Unima / Einall / Teselia, Kalos, Alola, and Galar, etc. Just tap on a preferred region to get the list of Pokemons for that specific region. Select your favourite monster from this list and tap on the “vote” button to cast your vote. 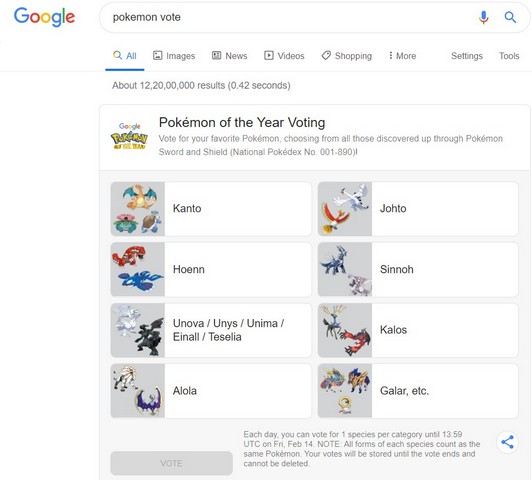 You can cast only one vote for each category. But you can come back the next day to get your voting rights again. The deadline for the poll is set to February 14. The voting will close down at this date. The results will be announced on February 27, during the celebrations of Pokemon Day.

Now, for the Kanto region, my vote will be going to the big boy: Snorlax! He is not just a Pokemon, he is a mood. 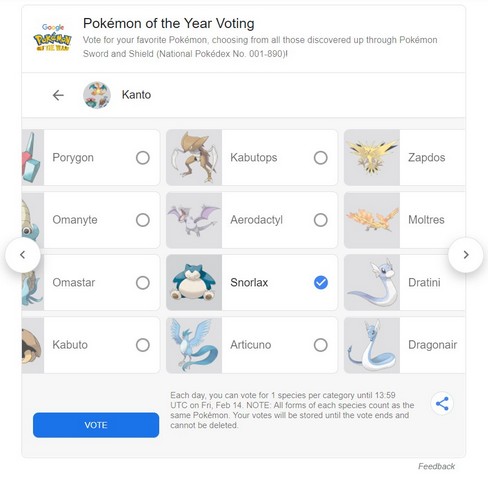 So, what are you waiting for? Go on and give your precious votes to your favourite Pokemon to make them the “Pokemon of the Year”.