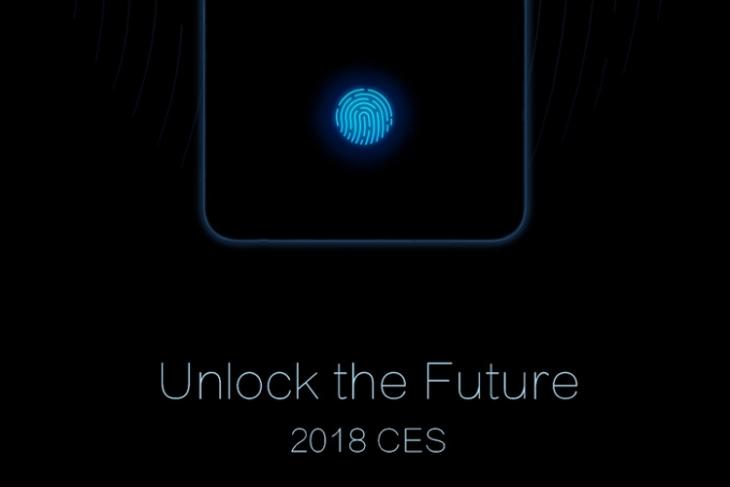 We’re entering the era of bezel-less devices, and with that, manufacturers are puzzled by the question of where to place the fingerprint sensors. A couple of weeks ago, we covered how Synaptics had announced its Clear ID FS9500 family of ‘optical in-display fingerprint sensors’.

Later on, it was speculated that Vivo would be the first company to showcase a smartphone with an under-display fingerprint scanner. And rightly so, the Chinese giant has officially announced that it would be showcasing a device with a new fingerprint sensor technology at the Consumer Electronics Show (CES) on 10th January 2018. As discovered first by Gizmochina, the company recently posted the following image on their official website: 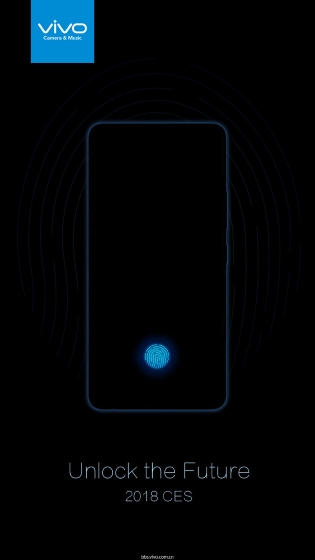 The Synaptics Clear ID FS9500 technology that is supposedly used in Vivo’s upcoming device is said to super fast while being highly durable as well. The sensor reportedly works with wet, dry, and cold fingerprints alike. Furthermore, considering the sensor rests below the screen, it is both water as well as scratch resistant. Also, the sensor comes with ECC authentication and AES encryption.

What’s more is that the Clear ID has features such as adaptive fingerprint template matching along with anti-spoofing technology. All this makes Clear ID not only durable but even more secure than the traditional fingerprint sensors.

Just last week, there was a listing on the 3C certification website, a new device by the name of Vivo X20 Plus UD. It is believed that this is the same device that Vivo will be showcasing at CES 2018, where the “UD” stands for “Under-Display”.

The device is expected to come with the same specifications as the original X20 Plus, which include a  6.43-inch Infinity display with 18:9 aspect ratio, a Snapdragon 660 processor, 4GB/6GB RAM and 3,905mAh battery.