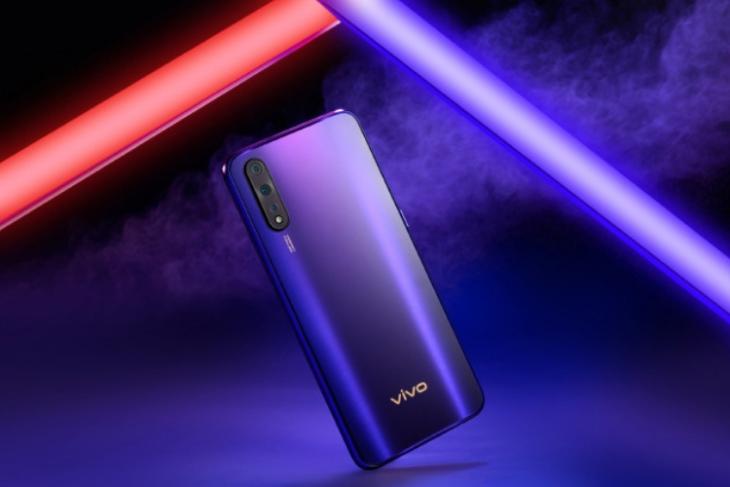 Vivo is expanding its budget portfolio with the launch of the Vivo Z5 in China on July 31. This will be the company’s second Snapdragon 712-powered device, something which it has revealed via a series of teasers. Vivo has also confirmed a ton of other key features that we will see in this upcoming device.

Vivo has already given a good look at the Vivo Z5 from all angles, confirming that it will feature a triple camera setup on the rear and a waterdrop notch display on the front. It, however, has now taken to its official Weibo to reveal even more information on the Z5.

As you can see in the first set of teasers down below, Vivo Z5 will feature an AMOLED display with a waterdrop notch design. The teaser also confirms that an under-display fingerprint sensor will be on board as well.

Also, as I’ve told you, the Vivo Z5 will be powered by the Snapdragon 712 chipset – the same one we have recently seen on the Vivo Z1 Pro in India. It’s a minor upgrade over Snapdragon 710 and comparable even to the Snapdragon 675. Further, TENAA listings have hinted at 6GB+64GB and 8GB+128GB RAM and storage configurations. You’ll also have Vivo’s Multi-Turbo technology baked into the device as well.

Further, the other two teasers shed light on the camera and battery specs of this budget smartphone. We will see a triple camera setup on the Vivo Z5, with a primary 48MP sensor, and a rumored 8MP ultra-wide-angle lens, and 2MP depth sensor. There’s also a 32MP selfie shooter sitting in the waterdrop notch.

This smartphone will come equipped with a huge 4,500mAh battery and support for 22.5W fast-charging out-of-the-box. It will obviously run Android 9 Pie-based FunTouch OS, which is an iOs-style feature-rich custom ROM.

Vivo Z5 can be seen as a younger sibling to the Z1 Pro as it sports the same chipset but downgrades from an in-display design to a waterdrop design. We’ll have to wait until 31 July for the official prices though. What is your opinion on the same? Let us know in the comments below.