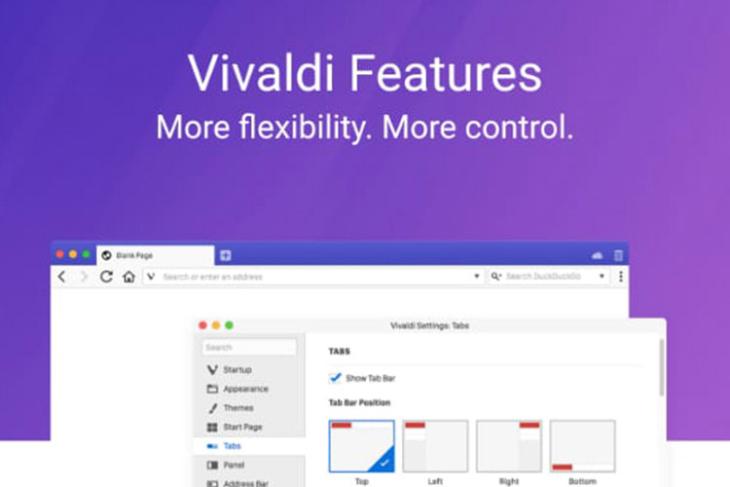 Vivaldi, one of the more popular among power users, and created by a team of former Opera developers has today made its debut on Android as a beta. Vivaldi is a browser aimed at providing a high level of customisation into the hands of its users, along with stronger privacy and security than what you’ll get with something like Chrome.

In the Android version of the browser, the developers have ported quite a lot of the desktop browser’s features. There are things like Speed Dial, which is basically a set of shortcuts that the user has saved. There’s the nicknames feature which allows users to use shortcuts to access different search engines. So users can set the letter “d” to access DuckDuckGo, “b” to access Bing, and more.

Vivaldi on Android will also bring syncing features, so you can sync bookmarks, speed dials, passwords, and more between Vivaldi on Android and on the desktop. Plus, the sync feature in Vivaldi is completely end-to-end encrypted, with encryption turned on by default.

That said, the Android version doesn’t offer all of the desktop version’s features — the ability to put all tabs inside a single tab is something that looks like it would’ve been really handy on a smartphone, but that’s not available in Vivaldi for Android. However, the app has launched as a beta, so there’s a possibility that the developers will bring over more features from Vivaldi desktop over to Vivaldi on Android. Until then, you should definitely check out Vivaldi beta on Android (Free) from the Play Store.

Vivaldi 3.4 Brings An Endless Runner Game, Other New Features to Desktop and Android