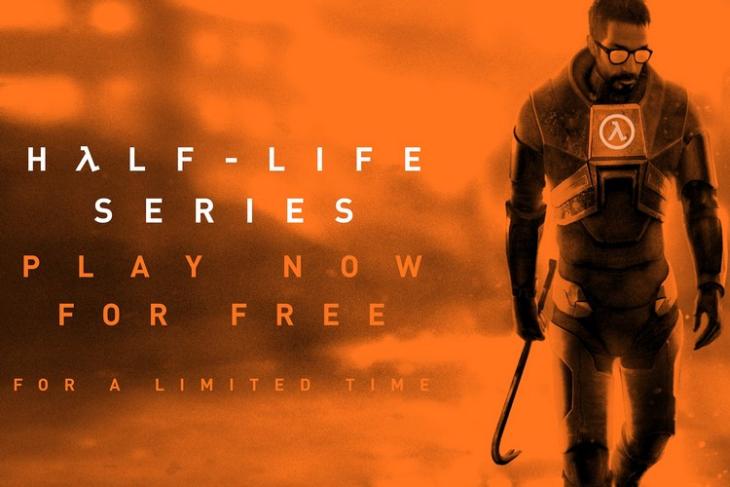 Valve is currently offering all games in the Half-Life series for free on Steam. The offer is valid until the latest game in the series – Half-Life: Alyx launches sometime in March.

In case you’re unaware, Valve announced Half-Life: Alyx last November saying that it was their flagship VR game. “In the shadow of a rising Combine fortress known as the Citadel, residents of City 17 learn to live under the rule of their invaders. But among this scattered population are two of Earth’s most resourceful scientists: Dr. Eli Vance and his daughter Alyx, the founders of a fledgling resistance.”, reads the official description.

To be clear, the game will be available to play only until Half-Life: Alyx launches and once it gets launched in March, you will have to pay to continue playing the older games. I guess a lot of you might already be having the series in your library by now. If not, now is a good time to start and explore the series.

So, are you a fan of Half-Life series? Tell us in the comments.