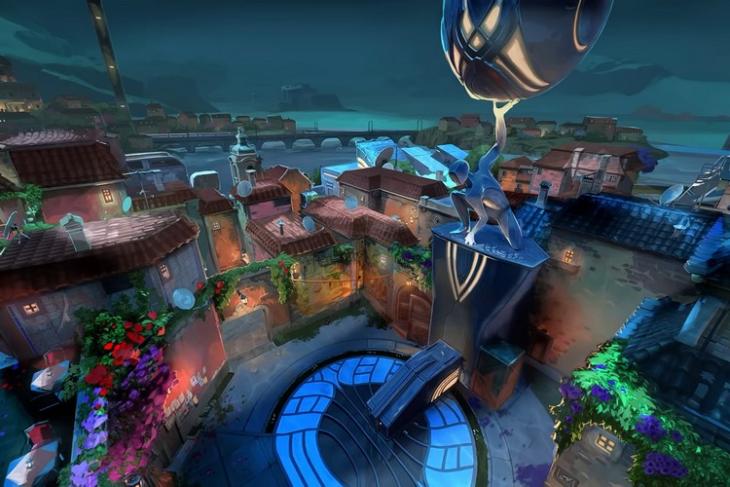 While we await the release of Valorant Mobile later this year, Riot recently announced a brand new map to the game’s PC version. Dubbed Pearl, the new Valorant map is essentially an underwater city that is designed to provide fast-paced gameplay in a fantastical environment. Check out the details below to find out more about Pearl.

It has been some time since Riot released a new map for Valorant. The last map added to Valorant’s diverse list of locations was Fracture, which was released in the third episode of Act II back in September last year.

Now, after releasing a new agent last month and teasing the map for the past few days, Riot finally announced Pearl, which will come with the game’s upcoming major update. It will also include a new battle pass and a new “Prologue to Chaos” skin line. The company released an official trailer, showcasing the different areas of the map. You can check it out right below.

Pearl, as per Riot designers, is not as much complicated as the game’s previous maps like Breeze, Icebox, or Fracture. This map is based on a simpler layout that is designed to force players to engage in combats instead of avoiding them. There are no teleporters, trap doors, or ascenders in Pearl for players to navigate around. Hence, quick rotations or easily running away from fights would be difficult for players.

“Pearl demands committed engagements, without the rotation and mobility support of doors, ascenders, or teleporters. What you get is something deceptively simple, strategically speaking. That said, it still has some twists and all the depth you’d expect from a Valorant map,” Valorant’s Level Designer Joe Lansford said in a statement.

Lore-wise, Pearl was a significant city in Portugal of Omega Earth that was about to get destroyed due to climate change. But, Kingdom Corp, a company in Valorant’s lore, was able to preserve the location by using Radianite-tech (a mystical element in Valorant), and then this location was transformed into a battle arena for Valorant agents.

“Since Pearl takes place on ‘Omega Earth,’ we wanted to explore how Omega Kingdom would approach climate change and how we would convey this idea visually. The idea of showing the sustainment of cities underwater seemed to be the right visual direction that everyone was excited about. It’s a nice visual juxtaposition of Kingdom Industries structures with older structures of Portugal,” said David Yam, the Art Lead for Valorant at Riot Games.

Pearl Availability and Removal of Split

Now, coming to the availability of Pearl, the new map will go live in Valorant on June 22 via an OTA update. Upon launch, Riot will add a Pearl-only queue in the game, which would follow the unrated format, to help players practice the new map before playing it in competitive queues. The Pearl-only queue will be live for 2 weeks after the update, following which the map will be added to the ranked mode. You can read more details about Valorant’s upcoming update in the official patch notes.

Other than the new map, Riot has confirmed to remove Split, an existing map in Valorant, from unrated and competitive queues. So, with Pearl going live with Patch 5.0 on June 22, Split will be removed. You can check out this official blog post to know why Riot decided to remove Split from the map pool.

So, are you excited about Pearl? Let us know your thoughts on it in the comments below. Also, stay tuned for more updates on Valorant’s new patch in the coming days.