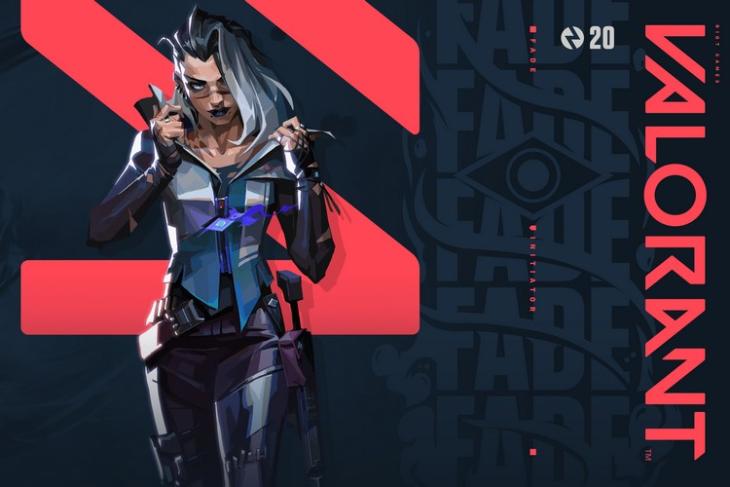 Following an array of teasers and in-game hints, Riot Games has finally revealed Valorant’s twentieth agent, named Fade. The upcoming agent will be an initiator-class agent and will join the list of initiators like Breach, Sova, Skye, and Kay/O. So, without further delay, let’s dig into the details.

Fade, who was internally codenamed “Bounty Hunter,” was officially confirmed by Riot in its State of the Agents blog back in March. At the time, the developers said that “the notion of another Agent that revolves around the information gathering aspect of the tactical loop has, for a while, been top of mind for us.”

Recently, Valorant started teasing the agent via short video clips, which were shared on Twitter. Following the teasers, Riot revealed the official image of Fade, giving players a complete look at the upcoming agent during a 2022 VCT Masters Reykjavik match between DRX and ZETA DIVISION.

Although the company did not reveal the ability set of the agent, Fade has the ability to give a more “intimate feeling when hunting down enemies.” It is also confirmed that an official cinematic video of Fade, showcasing her abilities, will be released on April 24 at the grand finals of the ongoing VCT Masters tournament. She will appear in Act III of Valorant.

Furthermore, Riot has added many lore elements in Valorant with the latest patch 4.07, including a new room in the training area of the game that provides a long audio recording of the mission of capturing Fade. Also, if you go to Brimstone’s office in The Range in Valorant, your vision will momentarily be obscured, which might be one of Fade’s abilities. There is also a new room in the Range that shows a prison, where we presume Fade is being kept.

So, if you are a Valorant fan and a regular at the game, try finding out all the clues in Valorant relating to Fade before Riot officially releases the cinematic on April 24. Also, let us know your thoughts on Fade in the comments below.