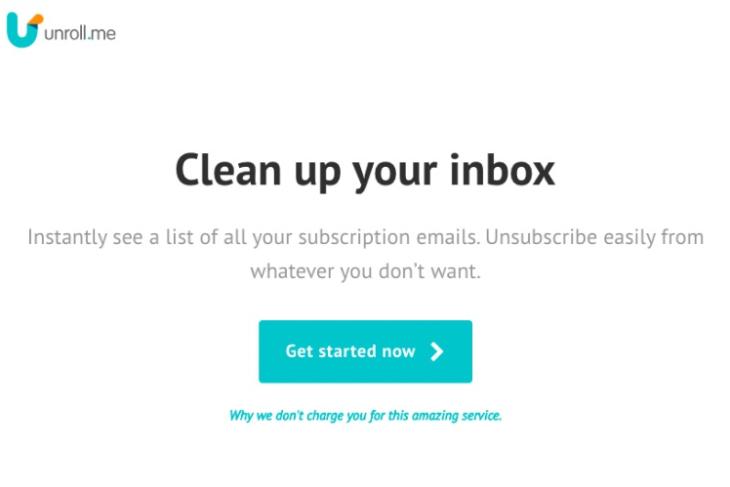 Even as most tech giants rush to update their terms of services to adhere to EU’s General Data Protection Regulation (GDPR) data privacy regulations, there’s one company that has decided to end support for customers and users in Europe.

Popular e-mail subscription manager app Unroll.Me has today published an apology letter on its official website saying that its service was developer for those in US and as such did not have any provision for the rules listed under GDPR.

Instead of undertaking a complicated process of updating its terms to comply with GDPR, it has decided to pull out from EU and end support for users there, which is a big blow for those who managed their email subscriptions using Unroll.me on the continent. The company’s official statement says the GDPR “means we may not serve users we believe are residents of the EU, and we must delete any EU user accounts by May 24.” It added: “We are truly sorry that we are unable to offer our service to you.” 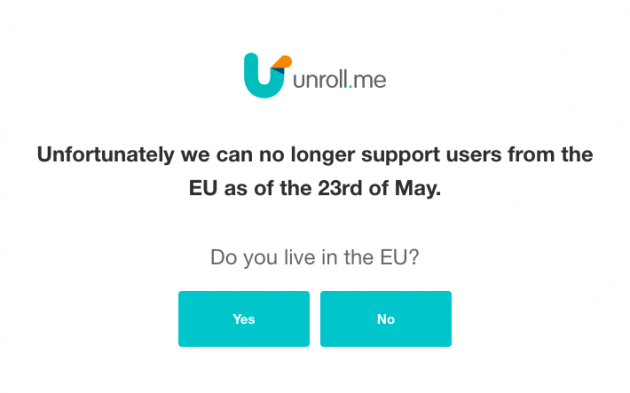 The company will delete all EU user data by May 24, which is the final date before companies have to start complying with GDPR rules. While some may say the company has been hard done by regulation, the fact that it’s not willing to suspend services in EU instead of discontinuing it, raises some red flags.

However, Unroll.Me has not ruled out a return yet. Its updated FAQ section says “GDPR’s enforcement requirements being so vast and appropriately comprehensive, we need more time to take the necessary steps to fully comply with them.” So, there’s the possibility that Unroll.Me could land back in EU (highly unlikely) in the future.

Other tech companies have already applied the changes that GDPR calls for. Facebook, Instagram, and WhatsApp have done this in the past month.

6 Best Unroll.me Alternatives You Can Use

Complaints Filed Against Google, Facebook On First Day of GDPR in Europe