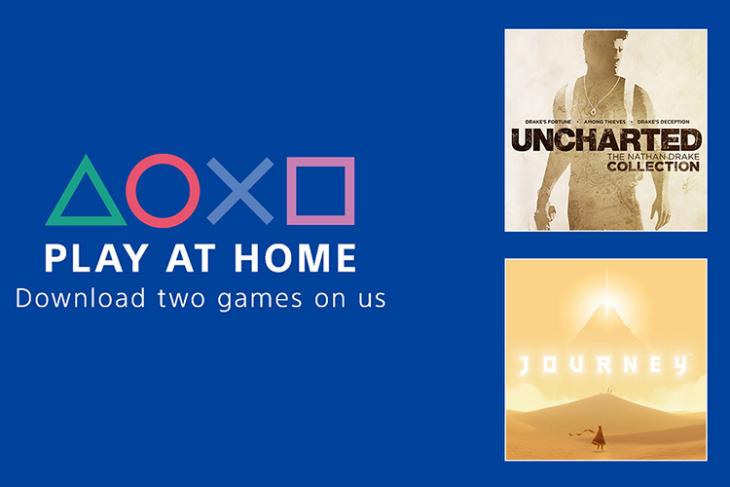 Sony Interactive Entertainment (SIE) has announced the ‘Play At Home’ initiative to support the global shelter-in-place restrictions to prevent the spread of COVID-19. As part of the plan, the company is offering free games to the PlayStation community to keep them entertained during the lockdown period. Sony also says it has established a $10 million fund to help small, independent game studios that are experiencing financial difficulties because of the pandemic and the resultant lockdowns.

The free games will include ‘Uncharted: The Nathan Drake Collection’ and ‘Journey’, both of which will be available for free from April 16th through May 6th. Do note that in China and Germany, Sony is offering Knack 2 instead of Uncharted, while Jouney will be available globally. Either way, gamers will be able to keep the games for good once they redeem the offer, said Jim Ryan, the President and CEO of SIE.

Uncharted: The Nathan Drake Collection needs no introduction for PlayStation gamers. Developed by American video game company, Naughty Dog, this three-game collection includes Uncharted: Drake’s Fortune, Uncharted 2: Among Thieves and Uncharted 3: Drake’s Deception, all of which have been remastered for PS4. As for Journey, it is a beautiful adventure, and, according to Ryan, “The game’s life-affirming message is timeless, and perhaps more important now than ever before”.

Ryan says that the Play at Home initiative will help not only PlayStation users, but also indie developers and smaller game studios who are “vital to the heart and soul of the gaming community”. That being the case, the $10 million will be used to help independent developers ride out the difficult times. More information about the fund, including participation criteria, will be announced soon.