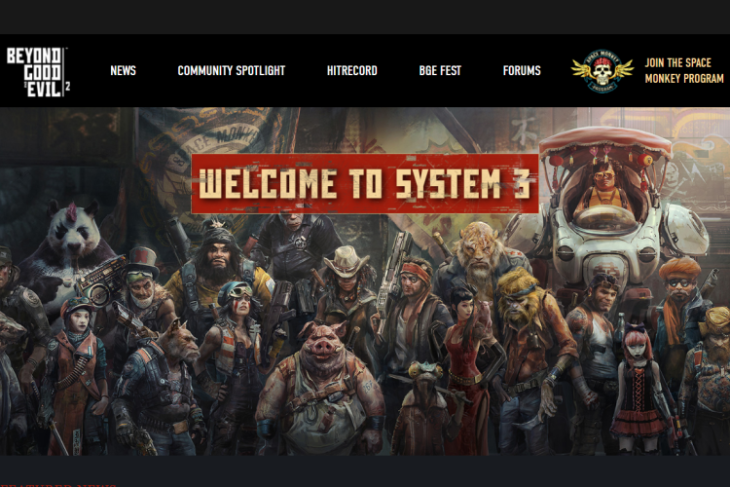 Ubisoft kicked off E3 2018 with a great cinematic trailer of one of the most-anticipated games from the studio, Beyond Good and Evil 2.

As shown in the trailer, the action-adventure RPG is based on an ice planet and you can play alone or with your friends in coop, with the gameplay being “seamless” according to Ubisoft

The studio has additionally showcased partnership with HitRecord, which is basically a way to allow the community to contribute towards the game. It will allow fans to be part of “creating the game” for people to contribute ideas and “original content” that could end up in the game. Additionally, the first “creative challenges” for the game are live now.

While there isn’t much known about the gameplay as of now, Beyond Good and Evil 2 certainly looks to be one of the greatest games Ubisoft has produced, especially in terms of graphics. The fact that there is a young Jade in the game is something that has struck a chord with the fans, and what remains to be seen is what all comes to the game next.