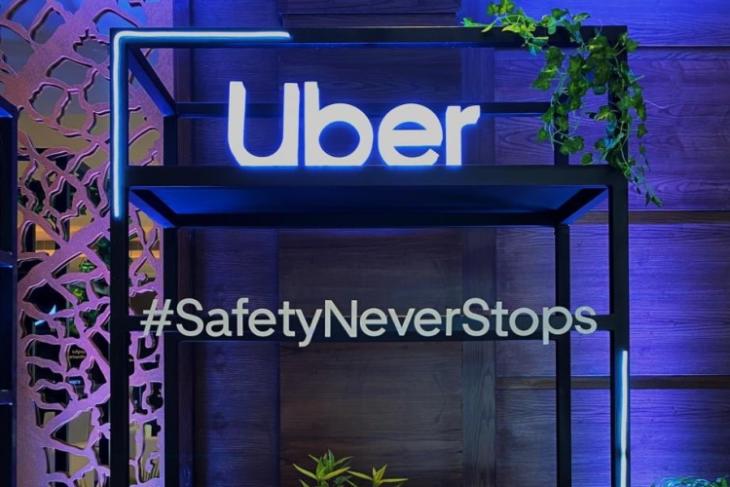 Uber already offers a myriad of privacy and security features in its app for the benefit of both riders and drivers alike. But, at an event in New Delhi today, the ride-hailing giant announced three new privacy features that are being rolled out in India. These include a RideCheck feature to pursue trip irregularities, PIN verification, and audio recording. Let’s take a quick look at each of these features:

The company made a Safety Toolkit available within its app back in August in India but is expanding on it with a new ‘RideCheck’ feature. Uber will now proactively keep an eye on your rides (using the driver’s smartphone) to see whether it’s going as planned or not. If not, such as in event of an unexpected stop or route changes, the new RideCheck feature will activate.

Once activated, Uber will instantly ring up both the rider and driver to confirm if they are alright. It is a great initiative by the ride-hailing giant and integrates other features, such as emergency assistant, safety helpline, crash reporting, and more. Ola is also said to be working on a similar feature called “Guardian,” which we reported a couple of weeks ago.

Ola Cabs has long offered its riders a PIN verification feature to verify that you’re in the correct vehicle. It’s only when you provide the 4-digit PIN displayed in your app to the driver that the ride begins. Uber launched this feature in the US back in September and is now finally rolling it out in India, starting today.

We’re launching a new safety feature in the 🇺🇸 & 🇨🇦 to help you get in the right ride. Here's how it works:

🔘The rider receives a unique 4 digit PIN for their ride in the app
🔘Rider shares PIN with driver
🔘The trip only begins in the app once the driver enters the right PIN pic.twitter.com/wvR6dkQKCQ

This feature isn’t enabled by default, as you can see in the tweet above. You will have to jump into the ‘Safety’ setting in your Uber app and enable the ‘Verify your rides’ feature. You can either choose to verify all your rides or ones you take at night between 9:00 PM and 6:00 AM. The PIN verification feature ensures that drivers do not fool you and start rides before you board the vehicle.

In addition, Uber is testing an audio recording feature that will enable both riders and drivers to record their entire trips if they feel uncomfortable with the ride. The recordings can then be shared with the ride-hailing giant for review.

This feature was first introduced in Brazil and Mexico last year. All of the audio recordings are stored on-device in an encrypted form, so neither the rider or the driver can listen to the audio – possibly to avoid tampering. It will be launched in India in the near future, so you (as well as the driver) will soon have proof of impolite behavior.

Uber is known to be miles ahead in terms of technology when compared to Ola, its arch-nemesis in India. The company regularly perks up the feature offering to provide drivers and riders a comfortable and safe riding experience.