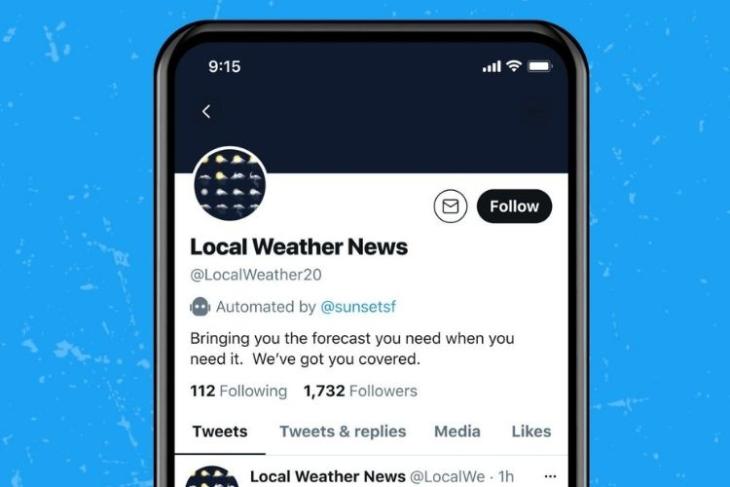 Twitter has introduced a new label for bots to identify themselves as ‘good bots’ on the microblogging platform, thus, allowing the users to differentiate between human-run and automated Twitter handles. This feature comes to the general public after being in the testing phase for select users late last year.

Twitter’s ‘Good Bots’ Will Now Get a Label

From now on, the developer of bots (or automated accounts) on Twitter will now get the option to insert a new label in the form of a robot icon next to “automated by” and the name of the account. The bio section will also tell more about the account’s purpose and their automated status will also be visible to users.

The new label will also help people get additional information about an account and help them decide whether or not they want to follow and engage with it. This is another way for bots to gain users’ trust and have more transparency on the social media platform.

For those who don’t know, good bots are the ones that provide useful, relevant, and even entertaining information to users, as opposed to the bad ones that only end up spamming tweets with irrelevant information or scam links and Bitcoin addresses. Hence, they don’t get any labels. Twitter notes a few good bot accounts in India, which include:

The new feature is now available for automated Twitter accounts. But you might not see the “Automated” tag on many of them just yet, as developers will need to add that to the bots.

In related news, Twitter has also introduced a new Safety mode, which it has started testing with select users globally. The feature will allow users to restrict unwanted communications by auto-blocking spammy and derogatory replies to a tweet. What are your thoughts on the new bot label on Twitter? Do you think it is a helpful initiative? Let us know your thoughts in the comments below!