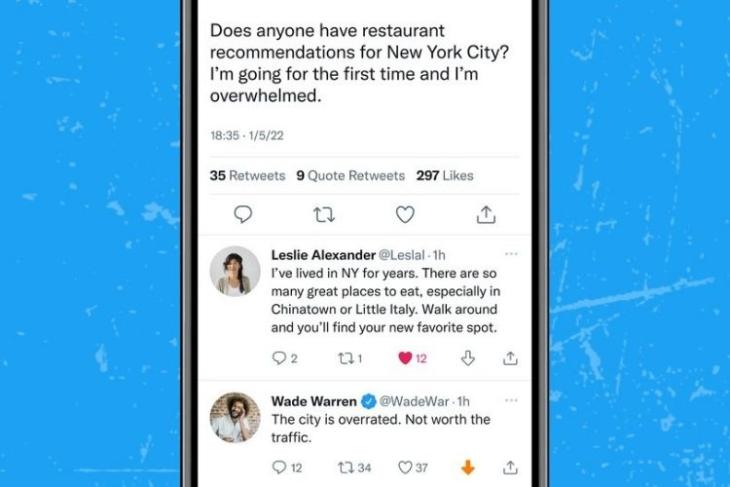 Back in July last year, Twitter started testing the ability for users to downvote a reply. This downvote option is now reaching more users globally. It comes into effect following a “positive response” Twitter received for the initial test, suggesting a stable rollout to every user might be in the pipeline.

In a recent tweet, Twitter has revealed that the option (in the form of a downward arrow) to “downvote” a reply on Twitter will be available as a test to more people on the platform’s web version, along with both Android and iOS apps really soon. Previously, it was available to a limited set of iOS users only.

Twitter has revealed that the functionality has helped it learn about “types of replies you don’t find relevant“, and hence, the expansion of the feature for Twitter to get an idea as to what kind of content people like or dislike.

Now, downvotes won’t be public, meaning people won’t be able to see the number of downvotes a reply got. Although, those who have downvoted a particular reply will be able to see theirs. Much like how it happens currently, the upvotes will continue to show in the form of likes.

For those who don’t know, during the feature’s initial test, Twitter showed different versions of the dislike button to users. While some saw a downward arrow, others saw both the downward and upwards arrows. It appears like the former option is reaching more users and this could turn into the final product.

The new option will be similar to how users on Reddit can downvote a post. It is also similar to the dislike option on YouTube. This option was also being tested by Facebook but that never took proper shape. It remains to be seen if Twitter’s version becomes available for all.

While Twitter finds it easy to understand what users like with the help of the downvote option, it can help attract some negative behavior on the platform for which social media platforms are said to be “toxic.” We might know how this is tackled in the future when this feature might go public. Do tell us how you feel about this in the comments below!

In addition, Twitter is also testing a new feature on iOS, which will allow users to directly DM a person from the tweet they posted, making it easier to start a conversation. There’s no word on whether or not it will become official!