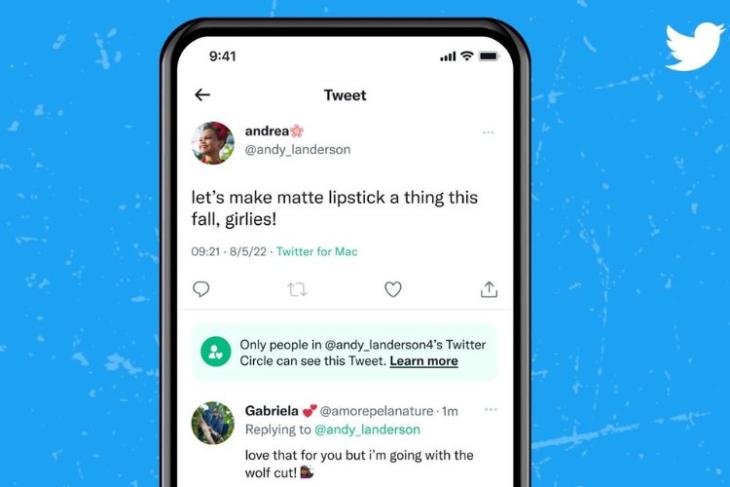 Back in May, Twitter started testing Twitter Circle, a way for you to share tweets with a limited number of people. This test has now become an official feature as Twitter Circle is now available for all users. Have a look at the details.

A Twitter Circle can include up to 150 people and you can choose to add or delete users too. Plus, a person you don’t follow can also be added to your small circle on Twitter. While members of the Twitter Circle can reply to tweets, they won’t be able to retweet.

This functionality on Twitter will help you post tweets without much hesitation and ensure that only a select few see them. For those who don’t know, this is similar to Instagram’s “Close Friends” feature, which allows users to post Stories, which a small group will be able to see.

To get started, all you have to do is tap the option available, create the Twitter Circle, and you are good to go. You will also be able to choose to make a tweet public if that’s what you want. In case you don’t want to be a part of a Twitter Circle, you can unfollow, block, or mute the person who added you in the first place to stop seeing their Twitter Circle tweets.

The Twitter Circle feature is now live for all iOS, Android, and web users globally. If you end up giving it a try, do share your thoughts about it in the comments below.