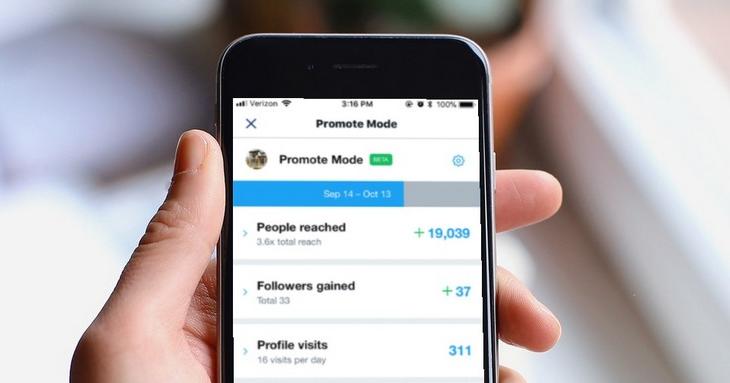 In a move that is expected to give a major boost to small business owners, online social networking giant Twitter has launched the public beta of a new subscription service called “Promote Mode” that will allow users to run ad campaigns on the network for just $99 per month. Twitter has been beta-testing this new feature for a while now, something that was revealed last month in the company’s Q3 earnings report. The service, available only to U.S. and U.K users for now, will automatically turn tweets into ads and insert them into the timelines of regular users with a small “promoted” badge to indicate that they are sponsored posts. While large businesses can effort to spend the time and money required to create full-fledged ad campaigns, smaller businesses often find it difficult to do so, which is where Twitter is hoping that its latest feature will come in handy. 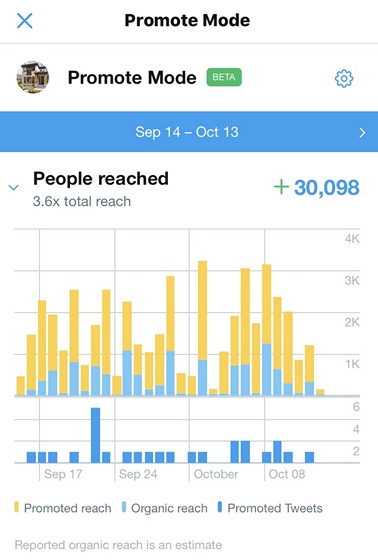 Not every one is thrilled with the idea, though, and Twitter is already filled with voices of dissent from users who feel that this automated solution may create problems on both sides. That’s because the way the tool has been structured, subscribers won’t be able to choose which tweets to promote; they can only toggle the feature on or off en masse without any granular control. Additionally, the tweets can be only be targeted at residents of up to five metro locations or regions in a selected country. As you’d expect, business owners are voicing their discontent over these arbitrary restrictions, so it will be interesting to see if anything changes between now and the time Twitter actually rolls this out officially to all users.

Access to Twitter’s Promote Mode is available through the app’s menu drawer. It’s also the place for access to all the related info including, the number of new followers, the number of people who saw the promoted tweets and visited the profiles. According to Twitter’s official FAQ page on the subject, this might become a tiered tool in the future, with higher-priced subscription tiers for accounts with larger followings.