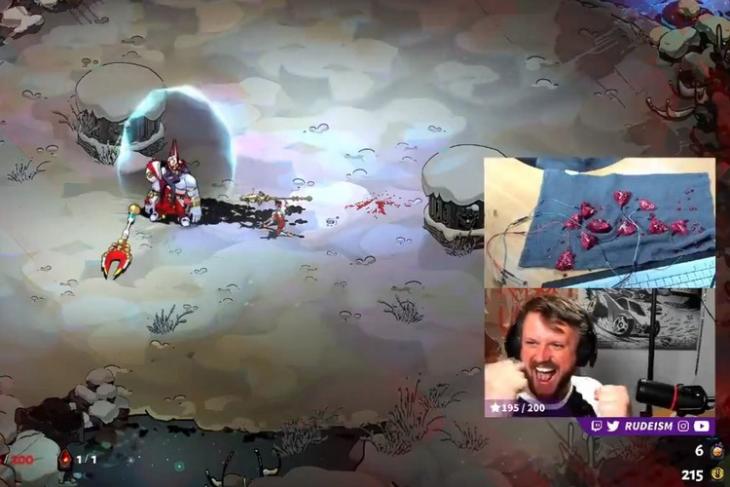 People have been building custom-controllers to play games for the longest time. We even saw a hardware hacker build a Mario Kart controller using a Mario figurine. We, however, have never seen someone use pomegranate as a controller. Yes, you heard that right! The fruit pomegranate. A Twitch streamer recently built a working game controller using an actual pomegranate and used it to beat Hades.

Now, if you did not know, Hades is a popular roguelike title by Supergiant Games. It was released in the market last year, after existing as an early-access beta since 2018. And it involves running through dungeons and beating Greek-mythological villains.

Ever since its public release, the game has garnered many players. They have come up with unique ways to finish a run in the game, using certain power-ups and items. However, none of them has played the game and finished it using a pomegranate controller except Twitch streamer Rudeism.

The guy literally took a freshly sliced pomegranate and used a Makey Makey invention kit to turn the fruit pieces into buttons. Makey Makey, for the uninitiated, is essentially a toy that can turn household items such as a bowl of water or even bananas, into interesting inventions.

So, the streamer got a $50 Make Makey kit, attached a few wires to the pomegranate pieces, and bound their inputs to the inputs of a controller. This way, he was able to build a working game controller out of a pomegranate and use it to beat Hades.

Now, during the process of building the controller, Rudeism had a ton of failed attempts. However, the guy did not give and after hours of trying, his hard work finally paid off amazingly.

You can check out the full 7-hour stream of Rudeism building the pomegranate controller on his Twitch channel. Later, he shared a tweet (attached below) showcasing the working of his creation.

WE BEAT HADES WITH AN ACTUAL POMEGRANATE

How to Shut Down or Reboot Raspberry Pi

How to Set Up a Raspberry Pi Web Server [Guide]