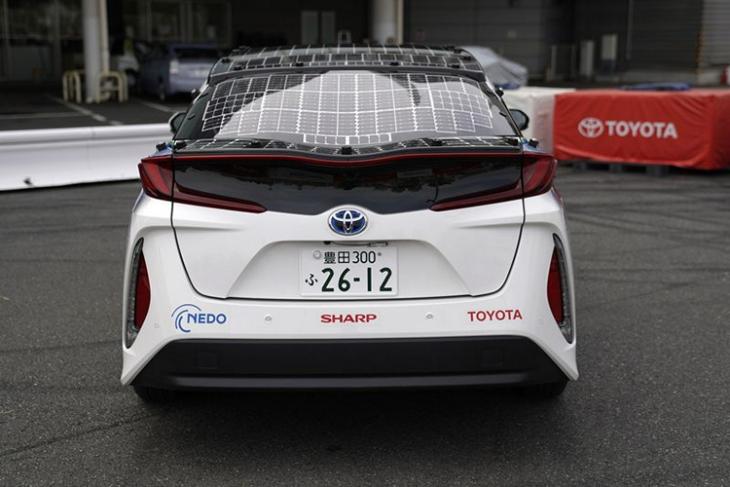 Toyota is working on a solar-powered car that could essentially keep on going without needing any sort of external charging. The project is a work in progress by Toyota Motor Corp. in collaboration with Sharp Corp., and the New Energy and Industrial Technology Development Organization of Japan(NEDO).

The companies are currently testing the solar panel implementation on a Toyota Prius. “The solar car’s advantage is that — while it can’t drive for a long range — it’s really independent of charging facilities,” said Koji Makino, project manager at Toyota.

In case you’re not aware, Toyota and Hyundai have already commercialized certain models with solar panels attached on the roof. However, those panels could not supply the essential power required and they could be charged only when the vehicle is in a stationary state. Also, the mileage offered by those solar cars was significantly low and stood at about 6 kilometers.

Thanks to the inputs provided by Sharp, the prototype these brands are currently working on manages to reach an efficiency level of more than 34%, which is indeed an improvement from 20% efficiency offered by other solar panels. Moreover, the solar cell being tested has just 0.03 mm thickness and gets charged even when the vehicle is being driven.

“If the car is driven four days a week for a maximum of 50 kilometers a day, there’s no need to plug into an outlet”, says Yamazaki from NEDO.

While solar cars sound exciting, it has a lot of limitations hindering the large scale implementation. “This is not a technology we are going to see widely used in the next decades. It’s going to take a long time,” said Takeshi Miyao, an auto analyst at consultancy Carnorama.

We will have to keep track of the advancements in research and development of solar tech in the upcoming years to know how close we are to solar cars. So, what are your views on solar cars? Tell us in the comments.