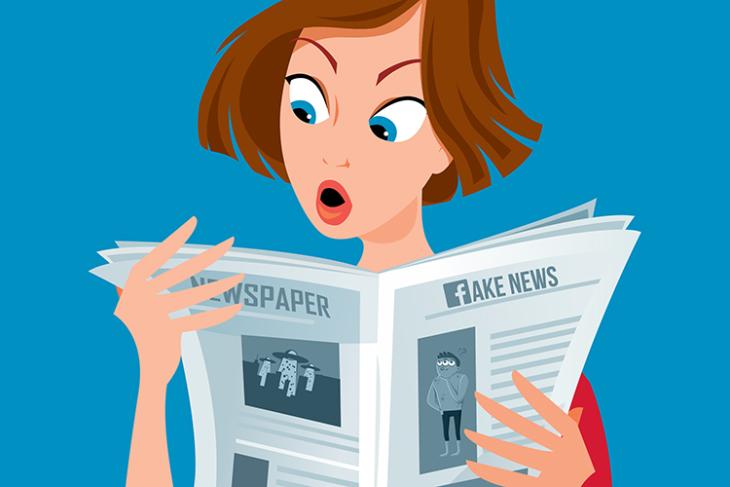 Facebook had a crazy 2017 fending off fake news from its platform and despite its steadfast efforts, hoax stories gained more engagement than last year.

BuzzFeed has revealed a list of the 50 most misinforming stories based on the traction they received on Facebook. In all, these posts generated more than 23.5 million shares, comments, and reactions from Facebook users, compared to 21.5 million in 2016.

The top story to take Facebook users for a ride in 2017 was “Babysitter transported to hospital after inserting a baby in her vagina” reported by World News Daily Report. After being published in May, the hoax received 1.2 million+ comments, reactions, and shares on the social media platform. 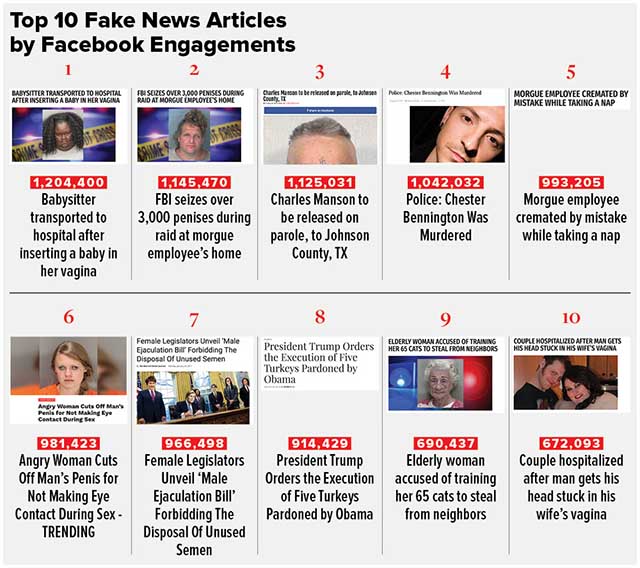 Facebook claims that after a post is identified as a hoax, its reach is automatically limited (to some 20 percent of optimum reach) with flags alerting users about its veracity or lack thereof. BuzzFeed’s analysis, however, suggests that fact-checking posts backed by Snopes, ABC News, and FactCheck.org received merely 0.5% of the engagement as the fake news in 2017. Facebook now plans to productively eliminate faulty and misguiding information by placing fact-checked sources as “related articles” prominently beneath the original post.

BuzzFeed used trend analytics platform BuzzSumo to analyze the top misleading content from 167 websites which share the reputation of publishing fake and controversial news. The report reveals that 20 of the 50 top stories were related to bizarre crimes while politics assumed the second spot with 11 biased stories. Further, BuzzFeed identified World News Daily Report to be the most rogue publication on Facebook for fake news and as the second most in terms of engagement for such posts.

Another wave which struck Facebook’s combative efforts was that of websites aping or copying fake news from these popular portals.

Fact-checking is essential for knocking off fake news from social media and you can stay away from it by using our guide on the top tools to verify online information, or you can continue thoughtlessly sharing that one outlandish story you just read on Facebook – the choice is yours!