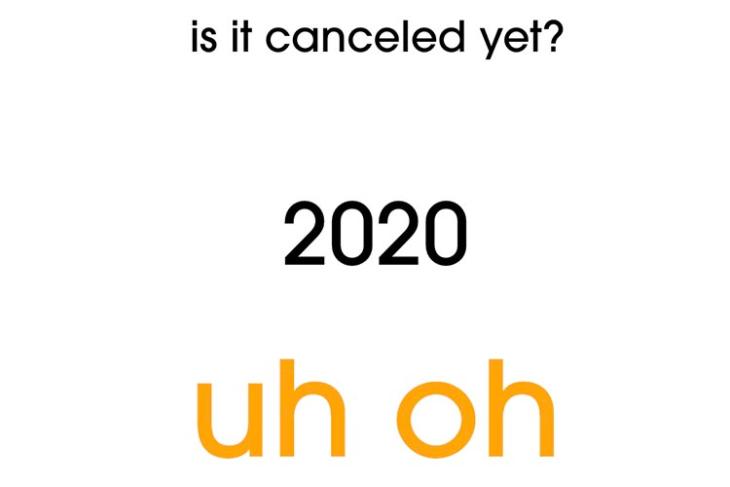 With the novel coronavirus continuing to spread around the world, many business conferences, tech summits, sporting events and political rallies are being cancelled on a daily basis. So in case you’re finding it hard to track the seemingly endless array of events, symposiums and seminars that are being cancelled, postponed or rescheduled, you can just go over to a newly-created website to check whether the event that you’re interested in, has been called off or if it is still on schedule.

Called ‘IsItCancelledYet‘, the site comes with a minimalist interface and gives you a fairly exhaustive list of significant public events scheduled for the next few months. As can be seen from the screenshot below, the events are followed by either a big ‘Yes’ in red if they’ve been cancelled already (with a link to a media report about the cancellation), or a ‘No’ in blue if they’re still on schedule. Aimed mostly at US residents, the site lists a series of sporting, political, business and technology events that have been affected by the novel coronavirus crisis. 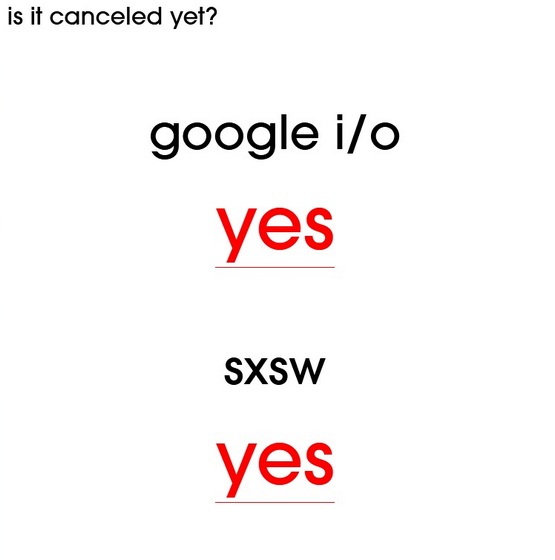 As has been reported already, some of the major tech events to have been cancelled over the past few weeks include the MWC, Google I/O, SXSW and E3 2020. Other notable events to have been affected by the crisis include this year’s NBA season which has already been cancelled to prevent further spread of the deadly disease. While many are also calling for the upcoming Olympic Games in Japan to be postponed till next year because of the outbreak, the organizers are yet to take a decision on that front.

COVID-19, the disease caused by the novel coronavirus (SARS-CoV-2), has already claimed more than 4,000 lives with over 100,000 known cases reported from around the world. While a large chunk of the cases are from China, Italy, Iran and South Korea, the disease has spread to six out of seven continents, with Antarctica being the sole exception. Taking its scope and spread into account, it has been officially declared a pandemic by the World Health Organization (WHO).