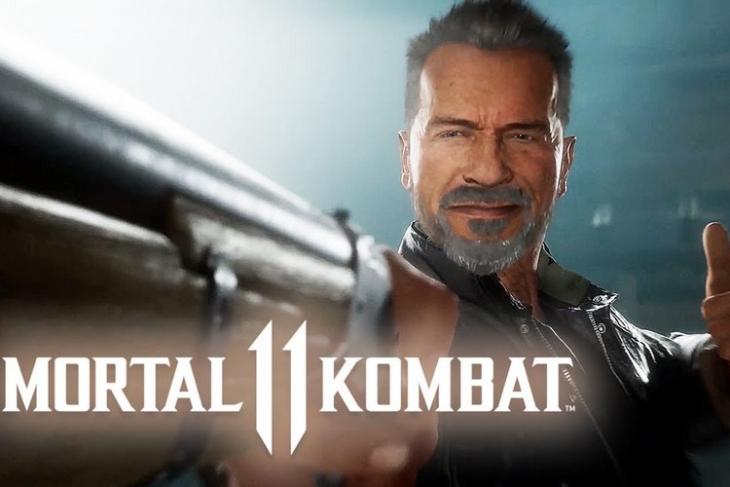 Arnold Schwarzenegger’s most famous cinematic character, the Terminator T-800, is now a playable DLC character in ‘Mortal Combat 11’. Although sadly not voiced by Schwarzenegger himself, the actor reportedly authorized the use of his likeness and even chose his own voice actor for the game. The character started rolling out last week, featuring multiple costumes matching Schwarzenegger’s outfits in the various films in the franchise that started with James Cameron’s 1980’s cult classic, The Terminator.

As can be seen from the official gameplay trailer below, the version included in the game is the Old Man Arnie seen in the trailer of the upcoming movie in the franchise – Terminator: Dark Fate. The trailer also reveals several nods to the iconic movie character, including what happens when the Terminator is low on health. As can be seen, in such cases, its skin will melt away to reveal its metallic endoskeleton. His fatality also seems to make an inventive use of a time sphere.

The Terminator is one of the multiple DLC characters introduced in the game this month alongside Shang Tsung and Nightwolf. Some of the other DLC characters set to hit the game in the coming weeks include the likes of Sindel (November 26th), Joker (January 28th) and Spawn (March 17th). The game also includes several returning characters from previous releases, including Sub-Zero, D’vorah, Johnny Cage, Kung Lao, Kitana and more.

Available on PS4, Xbox One and Windows PCs, the game is priced at $59.99 for the standard edition, but there’s also a ‘Premium Edition’ that will allow users early access to all DLC characters.