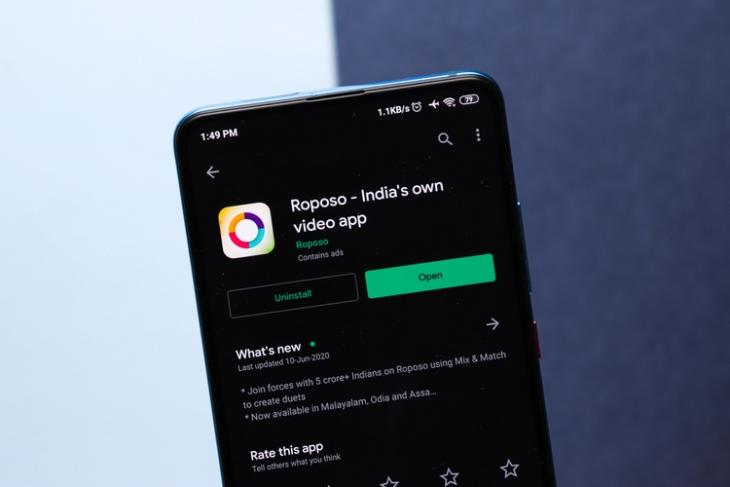 Music record label and film production company T-Series has filed a lawsuit against TikTok-like short video platform Roposo. The lawsuit is on the grounds of copyright infringement. The company has taken the issue to the Delhi High Court claiming that Roposo has “blatantly, extensively, and wilfully” violated the company’s copyright policies.

“The app is infringing content under the user-generated content. They are offering our music in their library and enticing users to upload our content in exchange for cash rewards. Their venture capitalists have not done due diligence, they are hand in glove,” T-Series president Neeraj Kalyan was quoted as saying by ET.

According to the report, Roposo extracts songs from the devices of its users to fuel its Music Library. Roposo is allegedly using these tracks as if they have the permission to do so.

Another report by Bollywood entertainment website Bollywood Hungama reveals that Roposo has been running video advertisements, contests, and creating effects and filters with T-Series songs.

“We expect a company backed by global investors such as Tiger Global and Bertelsmann and operated and run by global names such as Glance InMobi to be well aware of the law and considerate of the market realities,” Kalyan added.

In a nutshell, T-Series wants Roposo to either stop offering its songs or sign a license agreement to legally offer the company’s music library. This is not the first time such an incident is taking place. Last year, T-Series reportedly sued ShareChat for copyright infringement. The video platform ended up licensing T-Series’ catalog earlier this week.