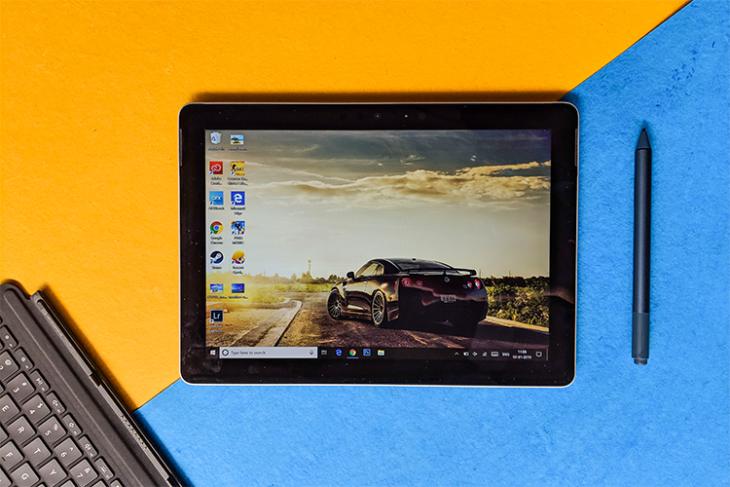 The alleged specifications of Microsoft Surface Go‘s successor Surface Go 2 has leaked online. According to the leak, the Surface Go 2 will come in Intel Core M3 and Intel Pentium variants.

The leak comes from a Twitter user who goes by the name _rogame. According to Rogame, the Core M3 variant will have a 1.10GHz dual-core Intel Core M3-8100Y CPU, offering a base clock frequency of 1.6GHz and a 3.4GHz boost frequency.

In terms of graphics, it is tipped to have integrated Intel UHD 615 graphics. There could be 8GB of RAM coupled with 256GB of SSD. The tipster says both models use the same SSDs from Surface Pro 7 and Surface Pro X.

Coming to the base Pentium variant, it will equip a dual-core 1.7 GHz Intel Pentium 4425Y CPU with no boost clocks. The same Intel UHD 615 graphics and 8GB of RAM could be used here as well. However, the tipster claims the Pentium variant would have a 128GB SSD.

Both models will run the full 64-bit version of Windows 10. To recall, the Surface Go got launched with Windows 10S, which later got rebranded to S mode. That is, you get access to all your beloved Windows apps out of the box without settling for silly hacks used by competitive offerings.

As always, take these specifications with a grain of salt and wait for Microsoft’s official announcement to know the finalized configurations. Also, the pricing of the Surface Go 2 is not known at the moment. The Surface Go starts at Rs. 37,999 in India and hence, Microsoft should be pricing its successor somewhere around it.