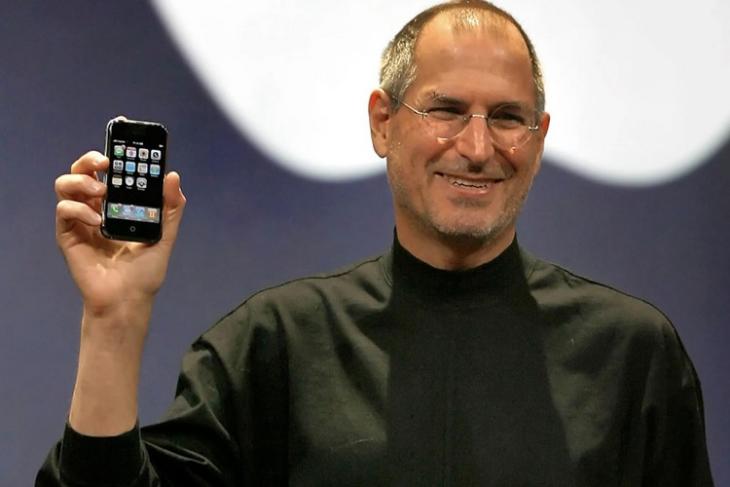 Apple has been aiming to make its devices portless someday and that is why the Cupertino giant made the most controversial decision of removing the headphone jack from smartphones back in 2016. While current rumors suggest that Apple might soon remove the SIM slot from its iPhone models, offering only eSIM support, it has been revealed that former Apple CEO and co-founder Steve Jobs wanted the first iPhone to arrive without a dedicated SIM slot. Check out the details below.

iPhone Without a SIM Slot Was Envisioned Years Ago!

As the former chief of iPod development at Apple, Tony Fadell, releases his new book “Build,” the industry veteran has been sharing many unknown stories about his life and his interaction with influential business executives like Jobs. In one such story during a recent interview at a special History Museum event, Fadell mentioned that Steve Jobs was against the idea of a SIM slot on the first iPhone.

According to Fadell’s statement, during the early development stages of the iPhone, Jobs instructed Apple engineers to manufacture the first iPhone without a dedicated SIM slot. The former CEO made significant decisions when it came to the products, and hence, told the engineers working on the iPhone project that “we don’t want another hole in it.“

Following this, Fadell mentioned that he had to use market data to convince Steve Jobs that using CDMA instead of GSM for the first iPhone could be risky due to the small adoption rate. The chief of iPod also highlighted how risky it was to confront Jobs’ decision, considering his reputation with version-1 products. Hence, Fadell said that “when you work with a highly opinionated person, especially when they can get V1 so right, and you’ve got to go against them, make sure you bring data.”

For those who don’t know, Apple is looking into launching an iPhone without a SIM slot now and the iPhone 15 could most likely be the first one without it.

So, do you think the iPhone would have become as successful as it is if the first model came without a SIM slot? Let us know your thoughts on it in the comments below, and stay tuned for more such interesting stories from the tech world.