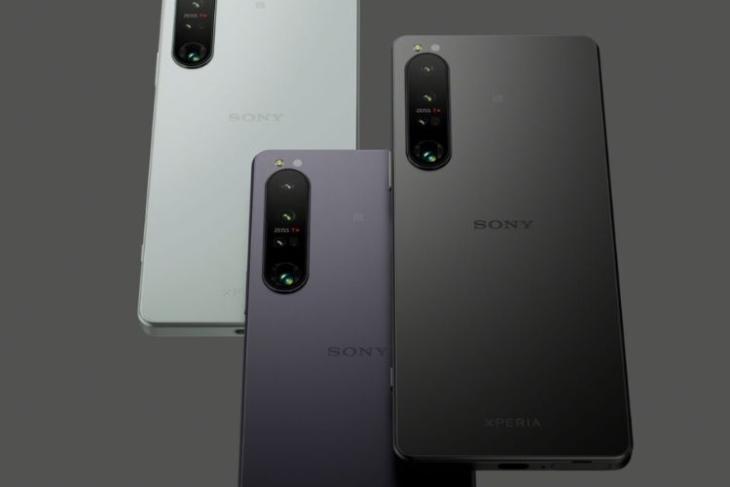 Sony has introduced its new flagship smartphone — the Xperia 1 IV, which brings new camera advancements to smartphones in the form of the true, continuous optical zoom camera. And this isn’t the only attraction. There are various more camera features and some high-end specs under the hood. Here’s a look at all the details.

Let’s start with the cameras. There are three at the back – a 12MP Exmor RS main camera, a 12MP telephoto lens (85-125mm), and a 12MP ultra-wide lens. The cameras can record 4K videos at up to 120fps and supports up to 5x slow-motion video recording. They also have support for real-time eye AF and real-time tracking, a 3D iToF sensor, and the ZEISS T* coating to avoid reflections in all the camera lenses. The selfie shooter stands at 12MP and comes with an Exmor RS sensor.

Other features include the Videography Pro feature for the ability to adjust the exposure, focus, and more, Optical SteadyShot with FlawlessEye for stable videos, multi-frame shooting, and loads more.

Coming to the other aspects of the Sony Xperia 1 IV, it features a 6.5-inch 4K HDR OLED display with support for a 120Hz refresh rate, an aspect ratio of 21:9, and the X1 engine to enable the capability of the BRAVIA HDR remaster technology for better colors, clarity, and more. It is powered by the latest Snapdragon 8 Gen 1 mobile platform, paired with 12GB of RAM and 256GB of storage. It is backed by a 5,000mAh battery and supports Quick charge that can charge the phone by 50% in 30 minutes and even wireless charging too.

The Sony Xperia 1 IV also has a Gaming Gear to provide a cooling function to it. It is still under development. However, there’s another accessory in the form of the “Style Cover with Stand,” which is made of anti-bacterial material and comes in three colors: Black, Grey, and Purple.

Sony has also introduced the Xperia 10 IV, which is touted as the world’s lightest 5G smartphone. It comes with a 6-inch OLED display, a Snapdragon 695 chipset, a 5,000mAh battery with Xperia Adaptive Charging, and three rear cameras (12MP main camera with Hybrid OIS, 8MP ultra-wide lens, 8MP telephoto lens). The front camera is rated at 8MP.