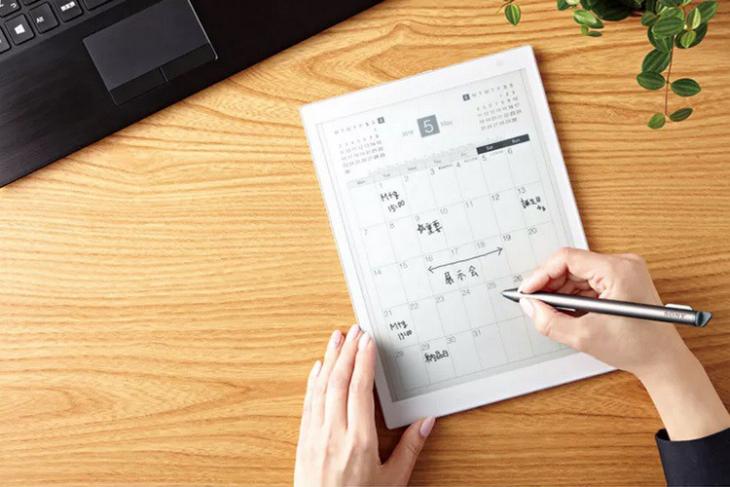 Sony launched an A4-sized digital paper e-ink tablet called DPT-RP1 last year, which was aimed at professionals who have to handle PDF documents, make annotations and perform other related tasks. Sony has today launched its smaller version called the DPT-CP1, which is roughly the same size as an A5 paper.

The DPT-CP1 is claimed to be the thinnest and lightest product of its kind, being just 5.9mm thick and weighing in at just 240g. The new device packs a high-definition 10.3-inch e-ink display with a 1404 × 1872 resolution, and comes with a layer of non-slip material on top, which prevents the bundled stylus’ tip from slipping off the display, providing a comfortable writing experience. 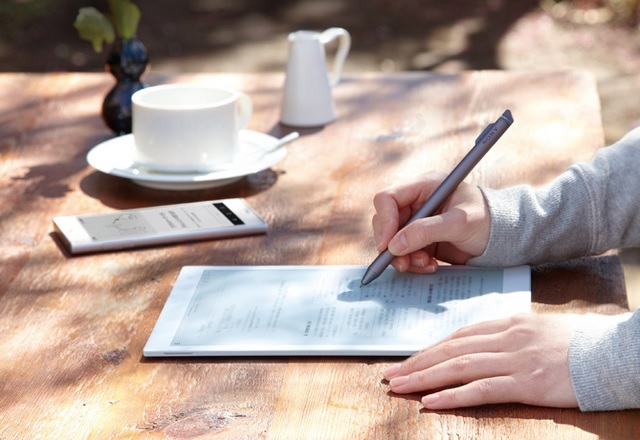 The device is powered by a Marvell IAP 140 64-bit quad-core IoT applications processor and has 16GB of internal storage of which 11GB is usable, and is capable of storing around 10,000 PDF files. The e-ink tablet can display up to 16 shades of grayscale, and is equipped with a Li-ion battery which is claimed to provide a maximum battery backup of around 3 weeks on a single charge.

The device has support for a digital paper file management app which is compatible with Windows 7, Windows 8.1 and Windows 10 PCs, and can also be run on Apple systems booting MacOS (El Capitan, Sierra, and High Sierra builds). Moreover, the tablet can also be paired with smartphones running Android 6.0 or higher versions as well as Apple devices like the iPhone 7 and models released after it via a companion app. Smartphones with NFC support can be paired with the DPT-CP1 tablet by just keeping it in the proximity of the e-ink tablet.

The DPT-CP1 e-ink tablet has been priced at around 70,000 Yen (app. $652.70) and will be available from Sony stores in Japan in June, however, details about its international availability have not been revealed.