Despite the fact that gaming has improved leaps and bounds over the last 3 odd decades, there’s nothing like the amazing fix of nostalgia that you get from playing classic SNES games from the 90’s. However, because of the fact that SNES-style consoles are way out of fashion these days and getting your hands on a working model could prove to be a herculean task, enjoying games like Super Mario or Donkey Kong could prove to be a hassle. In order to play classic SNES games you’re now required to use emulators and even though there are quite a few options to choose from, not all of them are capable of delivering the same experience that you’d get from playing the game on an old-timey console. So if you’ve been looking for ways to enjoy your favorite classic SNES game, here are the 10 best SNES emulators for PC, Mac and Android that you should try.

Note: While emulators themselves are legal, downloading ROMs or ISO images of games that you intend on playing on the emulator falls under the category of piracy. So, in order to prevent any legal issues, it’s advised that you only play games that you already own or ones that you’ve ripped from the CD or cartridge yourself.

Kicking off the list is RetroArch, a great SNES emulator which comes with cross platform support, allowing users to enjoy SNES games on a variety of different platforms. RetroArch is often described as a front-end for emulators which runs programs converted into dynamic libraries called liberto cores. Essentially, the software provides a polished interface for the user to play a wide range of classic games, making it quite easy to use. The emulator includes support for a number of different controllers and it offers several advanced features like shaders, netplay, and rewinding. 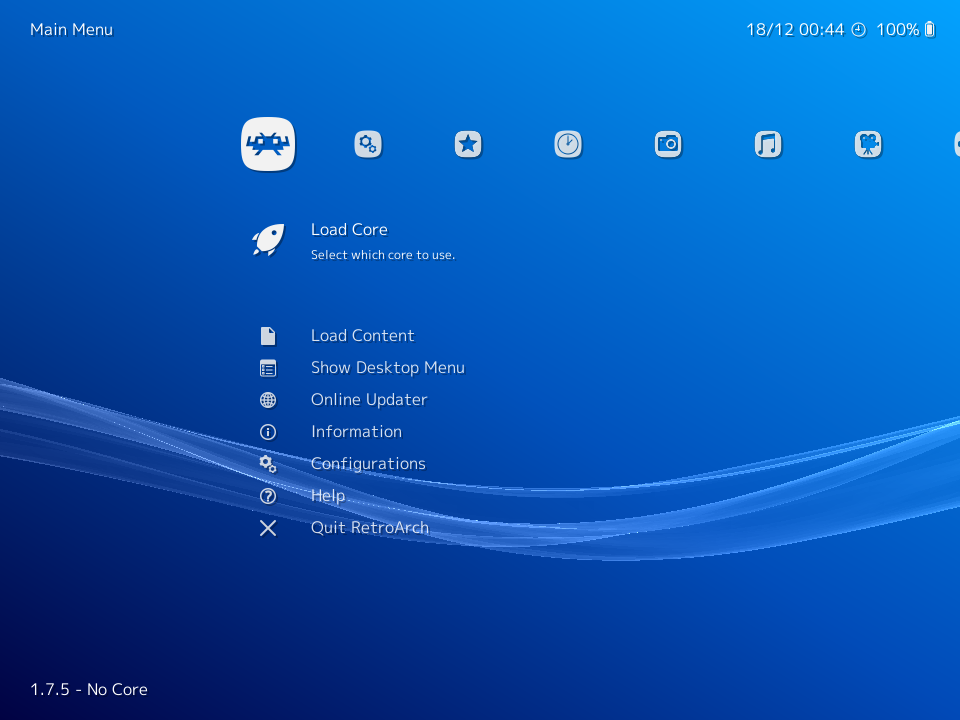 On top of that, RetroArch is also capable of natively recording and streaming your gameplay to popular streaming platforms like Twitch.tv and YouTube. Since the emulator uses different liberto cores to run games, it not only includes support for classic SNES games, but also allows users to play a ton of other games released on platforms like the Nintendo Wii, GameCube, Game Boy, 3DS, Sega Dreamcast, etc. This makes RetroArch the best emulator out there, as it doesn’t limit users to games released for a particular console.

Taking the second spot is higan, another great emulator that supports multiple consoles, including SNES. higan (formerly known as bsnes) emulates the original hardware as accurately as possible, offering a gameplay experience that you wouldn’t find with any other emulator. However, because of the way the emulation works, higan is a fairly demanding emulator and won’t work well on low-end or older devices. 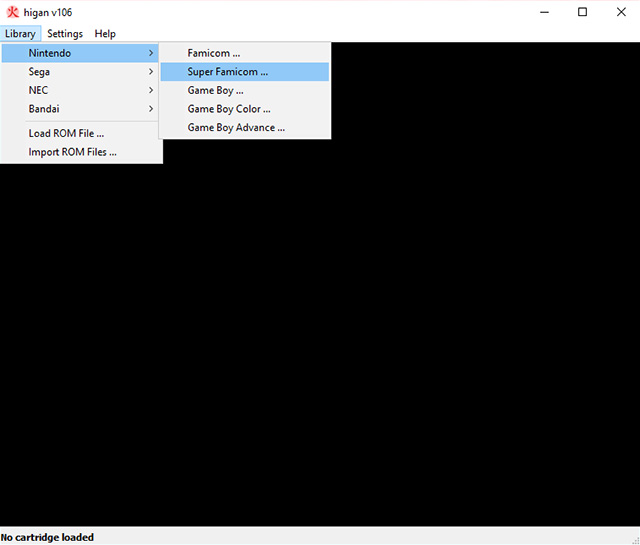 Next up is SNES 9x, an easy to use emulator that doesn’t require any significant adjustment and allows users to immediately launch games right after first extraction. The emulator is capable of running virtually all SNES titles without any noticeable issues and it works fairly well on relatively dated hardware. 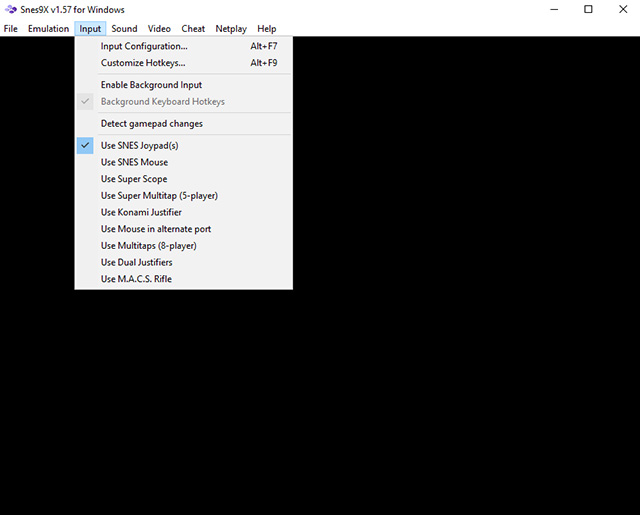 SNES9x is one of the best SNES emulators out there for low-end hardware and it offers a great selection of features, including Output Image Processing for better graphics, save states to save games in the exact spot you want them to save, fast forward to speed up games, along with a recording feature that allows you to capture .avi movies of your gameplay.

If you’re a fan of speedruns and want to complete a game in the fastest time possible, then you should definitely take a look at BizHawk. The emulator has been specifically designed around the production of Tool Assisted Speedruns (TAS) and it works equally well for casual gaming. 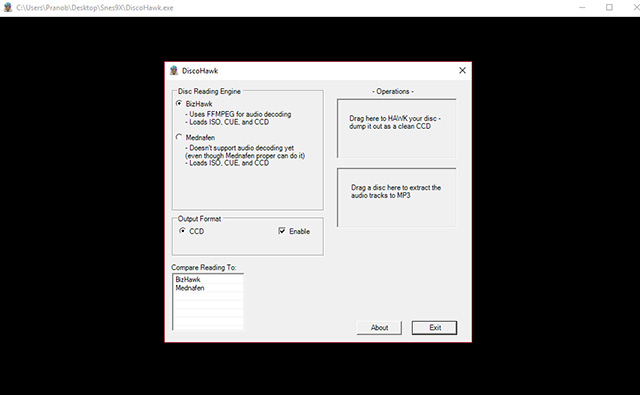 The emulator includes support for games released on multiple platforms, including NES, SNES, Nintendo 64, Game Boy, Game Boy Color, Sega Genesis, Sega Saturn, PlayStation, Atari 2600, etc., which means that you’ll be able to enjoy a lot more games with this emulator, than with any other.

ZSNES is another great Super Nintendo emulator that you can use to run most popular SNES games with relative ease. Even though the emulator’s development stopped back in 2007, it’s still quite capable and easy to use, which is why it’s still quite popular among emulation enthusiasts. 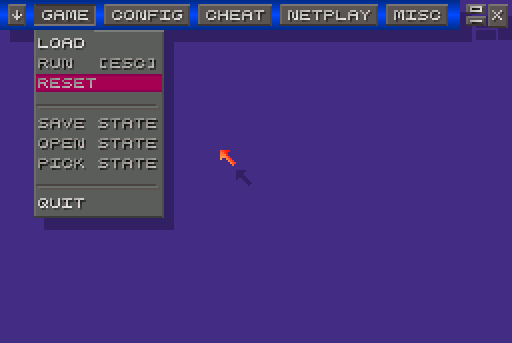 ZSNES features a decent selection of features, including filters to improve video output, save states support, and a great recently played games list which keeps track of 10 of the most recent games that you’ve played on the emulator. It’s worth noting that ZSNES has a known security exploit and it’s possible for a ROM to redirect you to a webpage and install unwanted apps on your system, however, the exploit can easily be avoided by downloading ROMs from trusted sources.

If you’re on a Mac and are on the lookout for a multi-system emulator that works well on your system, then you should take a look at OpenEMU. Development on OpenEMU started back in 2007 and it was initially just a port for the NEX/Famicom emulator Nestopia. The emulator is a lot like RetroArch, due to the fact that it’s more of a front-end for a bunch of different emulators, requiring you to download additional cores to play games. 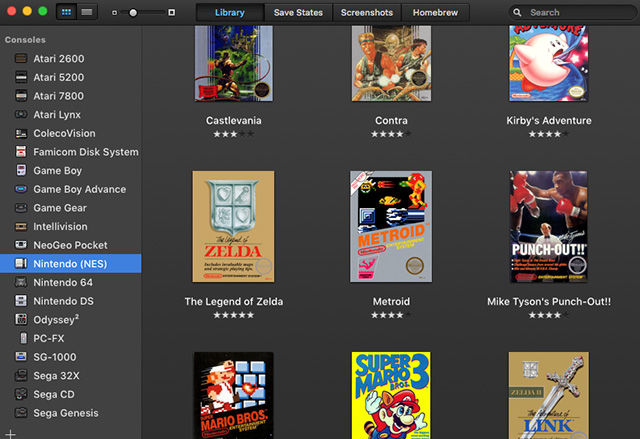 It’s fairly easy to use and has a very clean UI that really complements the overall macOS aesthetic. The emulator features a couple of different filters to improve visual output and it also supports multiple input methods, so you can easily use a retro controller with your system for a much more authentic experience. Another great thing about OpenEmu is that it isn’t too resource extensive, which means that you can easily run it on older macOS devices with low-end specifications.

Nestopia is a high accuracy NES emulator which is capable of playing most NES games without any trouble and includes features like texture scaling and net play. However, in its original form it’s more or less dead as its developers halted the development back in 2008, which is where Nestopia UE comes in. Nestopia UE (Undead Edition) is a RetroArch core emulator which you can use in case you don’t want to go through the hassle of setting up RetroArch. 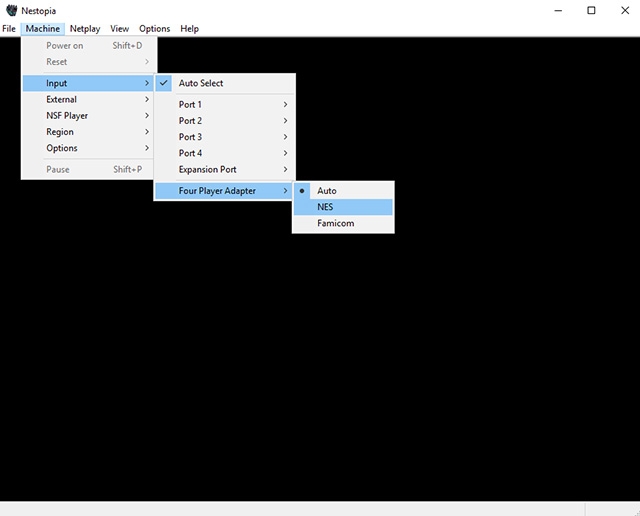 The emulator comes with some cool features like game-specific custom palettes, cheat support, Famicom mic support, that make it a great option for emulation fans out there. As you’d expect, Nestopia UE is fairly simple to set up and has a user-friendly interface which allows you to install and run games in no time. The emulator also comes with VSync support, but prepare for some input lag if you plan on using the feature.

In case you’re looking for a great SNES emulator for your Android smartphone, then you should definitely check out SNES9x EX+ – the Android port for SNES9x. The emulator includes all the basic features you’d expect from any SNES emulator, including save/load states, on-screen controls, support for a variety of file types and game pad support. 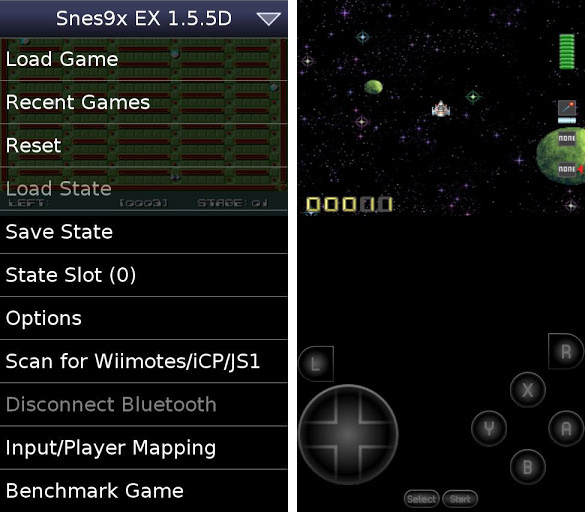 Granted, the emulator looks a bit old school, but since it works quite well there’s no point complaining about the UI. What’s really great is that unlike some other SNES emulators for Android, SNES9x EX+ is completely free and ad-free with no in-app purchases. Do keep in mind, that the emulator will work well only on devices with a processor clocked at 1GHz or more.

In case SNES9x EX+’s design bothers you, you can also check out NES.emu, another great NES emulator for Android that runs quite well on pretty much all Android devices that have at least a 1GHz processor. The emulator includes a ton of cool features, including backup and save state support, cheat support, on-screen multi-touch controls, and a lot more. 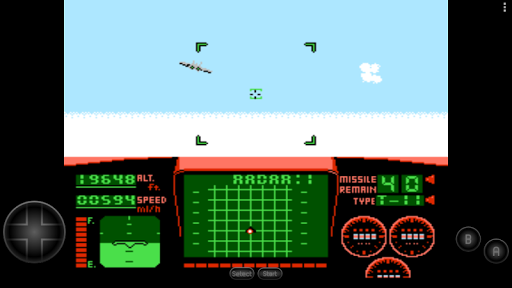 On top of that, NES.emu also includes support for Bluetooth/USB gamepad and keyboard which means that you’ll be able to connect a retro style controller to your Android device and enjoy an authentic NES experience on the go. The emulator also allows you to play NES games in the landscape orientation, which sets it apart from SNES9x EX+, which only supports portrait orientation.

Rounding off the list is another great SNES emulator for Android – John SNES. The emulator works on all Android devices running Android 4.1 and above, and offers an original SNES engine that’s compatible with almost all SNES games. I definitely liked the UI of the emulator a lot and its ease of use will definitely appeal to beginners who don’t want to go through the hassle of setting up a complex emulator. 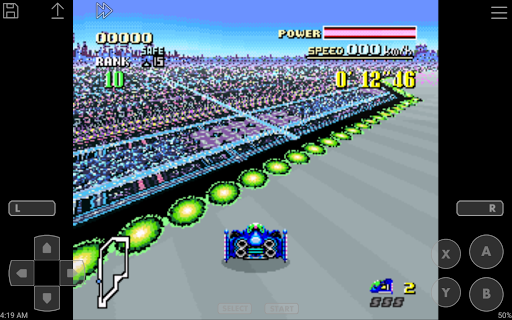 The emulator offers high quality rendering with cheat support, customizable keys, save states support and completely customizable keys all of which makes up for a rather enjoyable experience. What’s really great about the emulator, however, is that the developer offers an ad-supported lite version (download) of the emulator which you can try before you go ahead and purchase the emulator to remove ads.

Enjoy Your Favorite SNES Games With These SNES Emulators

That rounds up our list of the best SNES emulators for PC, Mac and Android. If you’re wondering why we haven’t included any emulators for iOS, it’s because there aren’t any official ones on the App Store. Apple is known to be a little too controlling when it comes to the type of apps that go up on the App Store and that has had a negative impact on any emulator development for the platform.

The company continuously removes emulators that are added to the App Store and even those that are carefully hidden inside other inconspicuous looking apps are removed sooner than later. There’s some good news for iOS users, however, as RetroArch is available for iOS 11 and above, but its installation process is a wee bit complicated as iOS doesn’t allow users to sideload apps as easily as you can do it on Android.

So, iOS users set aside, which of these aforementioned emulators do you plan on trying out first? What games are you looking to play with these emulators? Let us know in the comments section below.

Top 5 Pandemic Movies You Can Stream Right Now in India