After Pokemon Go drove the world into a frenzy, it’s now time for Nintendo’s star character, Mario, to take over. Yes, Super Mario Run recently live on the App Store and people seem to be loving the game. Sadly, as you might have guessed, the game is available exclusively for iOS devices and Android users only have one question in their head right now, “When is Super Mario Run coming on Android?” Well, apparently, not very soon, as reports suggest that Nintendo plans to release Super Mario Run for Android some time in 2017. Now, we know there’s no one like Super Mario, but to ease the pain, you can play some alternative games on Android. Well, without any further ado, here are 5 games like Super Mario Run you can play on your Android device:

Rayman Adventures is a platformer that shares a lot of similarity with Super Mario Run. In fact, when you compare Super Mario Run with Rayman games, you might find the latter to be visually more appealing. The controls in the game are similar to Mario but other than that, the game is very different. In the game, Rayman is in search for Incrediballs’ eggs to breathe new life into the sacred tree. On the way, you will find many obstacles and you will have to battle bandits, minotaurs and many other monsters. What makes the game amazing are the visuals, which are simply breathtaking. 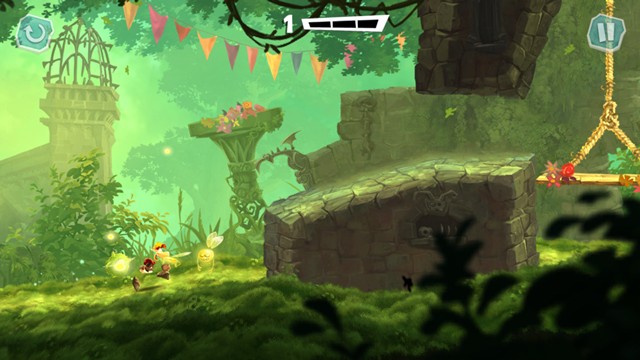 The game is available for free but there are in-app purchases for credits. You can also check out other games in the series, like Jungle Run ($2.99) or Fiesta Run ($2.99).

If you’ve been reading the news, you must have heard of Super Plumber Run, which is a complete rip-off of Super Mario Run. While it does not match the interface aesthetics of Nintendo’s game, it still is a fine alternative to Super Mario Run. The gameplay is identical, with the character automatically moving forward and you can press to jump. The game even features mushrooms, coins, Mario-style powerups and a slightly modified Mario soundtrack. Overall, the game is very much identical to Super Mario Run. 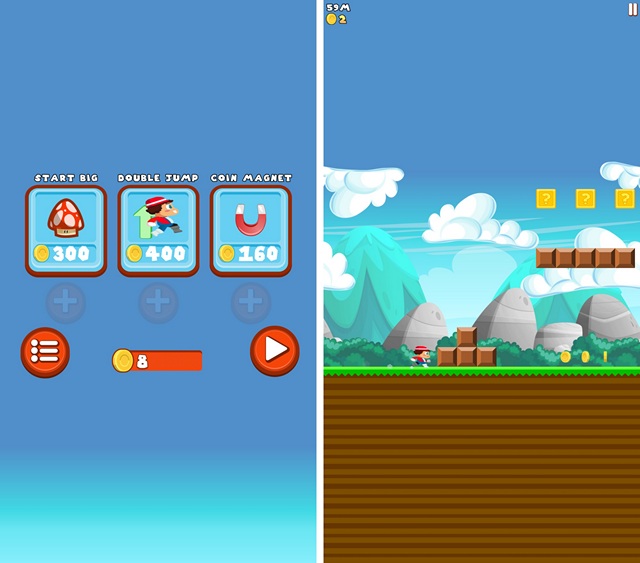 The major difference lies in the fact that Super Plumber Run is free, compared to the $10 you have to play Super Mario Run after the first three levels. While the game is free, there are in-app purchases for coins, coin magnet etc. We are not sure if the game will last on the Play Store but as of now, you can surely check out the game to get a feel of Super Mario Run, while you await its official release.

Adventure Beaks is a game very similar to Super Mario Run, when it comes to the gameplay and the interface. However, the game does bring some unique perks, beautiful graphics and trust me when I say, it’s a lot of fun. Instead of Mario, the game features a Penguin and you have to control it to collect various artifacts, coins and explore ancient ruins & exotic lands. You can use swipe gestures in the game to run, jump, slide and dive through mazes, traps and enemy hoards. Adventure Beaks packs in 50 levels, 16 challenges, 150 side missions and 198 clothing items to style your penguin. 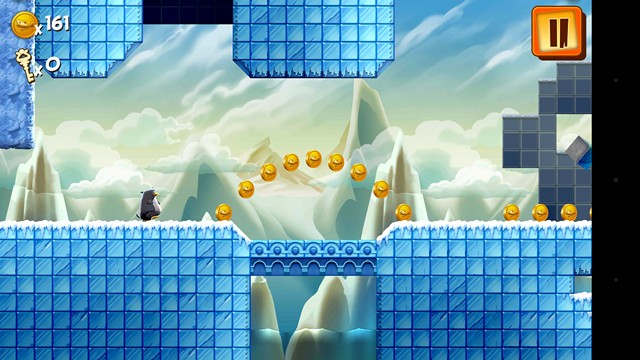 Unlike Super Mario Run, the game is available for free to play but includes in-app purchases for coins and various clothing items.

Mikey Shorts is another platformer that will make you nostalgic of the good old Super Mario days. In the game, you have to help Mikey run, jump and slide to rescue people and like Mario, you have to collect coins. The game features buttons on the screen for controls and I especially like the move forward and back buttons, which in my opinion offer better control in the gameplay than Super Mario Run. Talking about the visuals, the game does not offer visuals on par with Super Mario Run or Rayman games but it’s still pretty good. 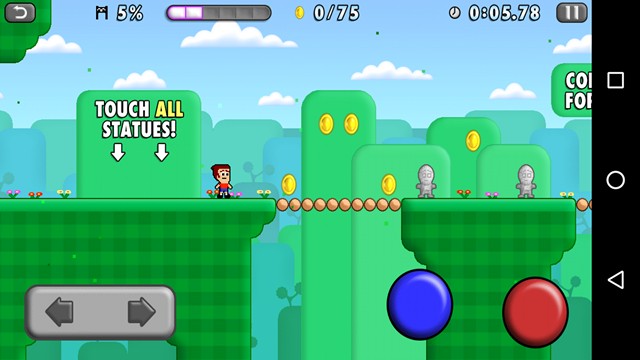 Other than that, Mikey Shorts offers 84 different levels, 2 game modes, 6 unique environments, 170 disguises and more. The game is available for free on the Play Store, so you must check it out. You can also try other games in the series like Mikey Boots ($1.99) and Mikey Hooks ($1.99).

Wind-up Knight 2 shares the same gameplay experience with Super Mario Run and that’s obvious, considering they are both platformers. However, Wind-up Night 2 brings a visually impressive pseudo-3D world that you will surely love. As the name suggests, the game includes a knight fighting his way and jumping through walls, spikes and collecting coins. Like Mario in Super Mario Run, the knight runs automatically and you only have to make him jump and fight. The game brings various quests, side quests and tournaments. You can even customize the armor of the knight the way you want. 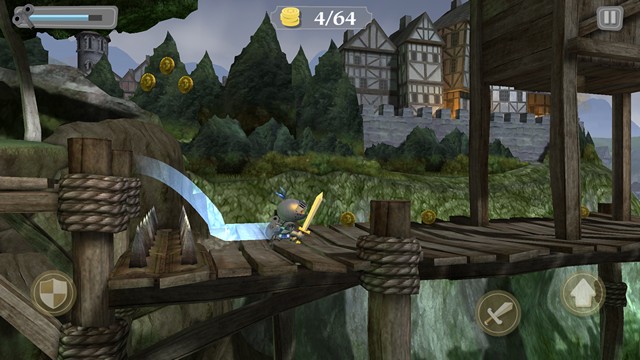 While the game is available in a free version, some versions are locked. You can make in-app purchases to get the full game as well as other items like armor sets and coins.

It’s a shame that Super Mario Run isn’t available for Android but till the time it arrives, you can play these games to whet your appetite. So, try out these games and do let us know if you know of any other game that is similar to Super Mario Run. Sound off in the comments section below.