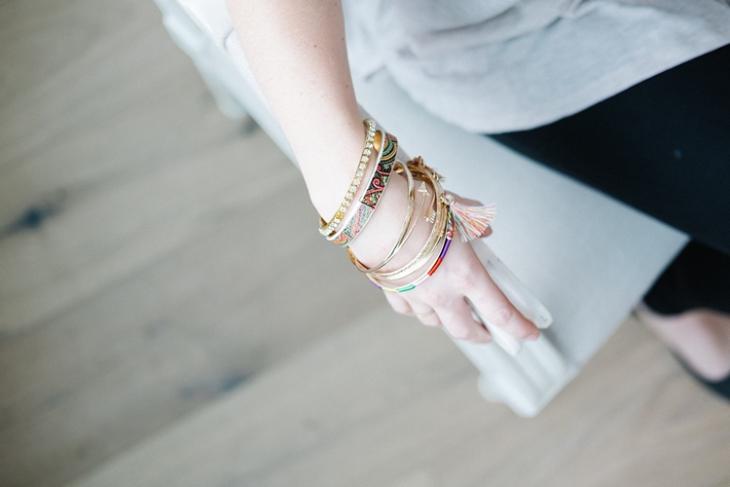 The safety of women is at stake every time they go out at night, especially in less crowded areas and roads. As a protective measure, a man from Hyderabad has come up with an innovative solution that he calls “smart bangle”. According to the man’s interview with ANI, the basic concept of the smart bangle is that it produces an electric shock when the victim’s hand gets tilted. The smart bangle prototype has been developed by Gadi Harish and his friend Sai Teja.

The smart bangle looks just like yet another bangle but as people say, appearances can be deceptive. In addition to the shock treatment, the victim’s live location will be sent to her emergency contacts and nearby police stations.

Don’t get me wrong, this smart bangle is nowhere ready to be marketed or commercialized. It is still an early prototype and a lot of iterations are left to make the product ready to ship.

Gadi Harish,a man from Hyderabad claims that he has developed a bangle to enhance women security.He says,"If someone attacks the woman wearing the bangle she'll have to tilt her hand in a certain angle which will automatically activate the device&give electric shock to attacker." pic.twitter.com/NVxW7ydqpE

There are a lot of confusions regarding the practicality of these smart bangles. The major ones are accidental triggers and the behavior when the bangle comes in contact with water. Both of these are valid concerns indeed, especially if the sensors in the bangle gets triggered upon doing chores.

The water-related issues seem solvable to me if enough research and development are put into the project. Well, it is easier said than done since making a bangle which has the power to produce electric shock waves and be water repellant/resistant/proof is not a simple task.

We will have to wait to witness how the project advances in later stages. I hope the duo manages to come up with a solution that is more feasible and applicable in the real world. The idea, however, is applaudable. So, what do you think of these smart bangles? Share your views and thoughts in the comments.