Skip to content
Home News Why is This Shower Loved By Tim Cook? 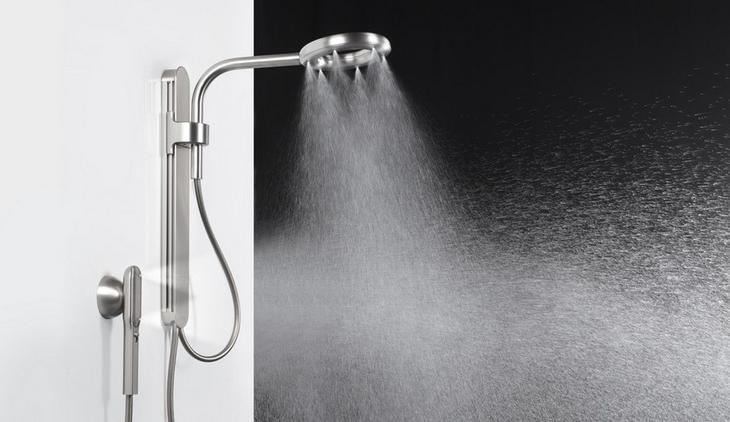 You don’t usually see Tim Cook invest in a start-up without the Apple Inc. tag. But back in 2015, Cook personally invested in a shower-head project and he had his reasons.

Nebia is a start-up that makes shower-heads for your bathroom. Now you ask, what is innovative about shower-heads? Well, these shower-heads made Tim Cook invest a lump-sum amount of money in the company and let me tell you why.

Philip Winter, the co-founder of the company moved to San Francisco with the idea of creating a new kind of shower-head that will be environment-friendly. After Nebia 1.0 and Nebia 2.0, the company launched its latest product, Nebia by MOEN which they claim is the most advanced shower-head they created.

The Nebia by MOEN is an eco-friendly shower-head which is designed to be one of the most efficient shower systems. The shower-head has been crafted by Nebia designers to use 45% less water than a conventional shower-head. With its custom-designed nozzles, the shower also saves energy by using 41% less heating energy than standard showers. The company claims that before they have created a new nozzle and spraying system that cover 2x more area than a standard shower.

The shower-head is easy to install in the bathroom and can be adjusted in several ways, according to the users. The whole shower-head can move up or down along the base aluminium rod and can pivot left or right easily.

Why Tim Cook Loves This Shower?

Tim Cook is known to be an environmentalist at heart. He is known to support products that are eco-friendly. For this, he always tries to make Apple products with 100% recyclable materials to reduce the carbon footprints in the environment.

So as the story goes, when Philip Winter came to San Francisco, he convinced some of the local gyms of Palo Alto to install his shower-head in their washrooms. This was done to get feedback from people and in-turn develop his product. After installations, Winter would stand outside shower-rooms to get feedback from the users.

One day he met Tim outside one of these shower-rooms of a gym in California. The Apple CEO said that he was drawn to the environmental aspect of the product and the design language also fascinated him, according to Winter. As the conversation between the two went ahead, Winter asked the Apple Boss whether he is willing to make an investment. Although the first prototype was “crude”, Cook was excited for the product as not much innovation was happening in the shower industry back then.

So Tim Cook backed the start-up five years ago and also contributed in later financing rounds. According to Crunchbase, The start-up has raised close to $8 million.

So if you are in the market for some bathroom ware, check out this shower-head. This is a great product to save our precious water and contribute to making the world a better place for future generations.