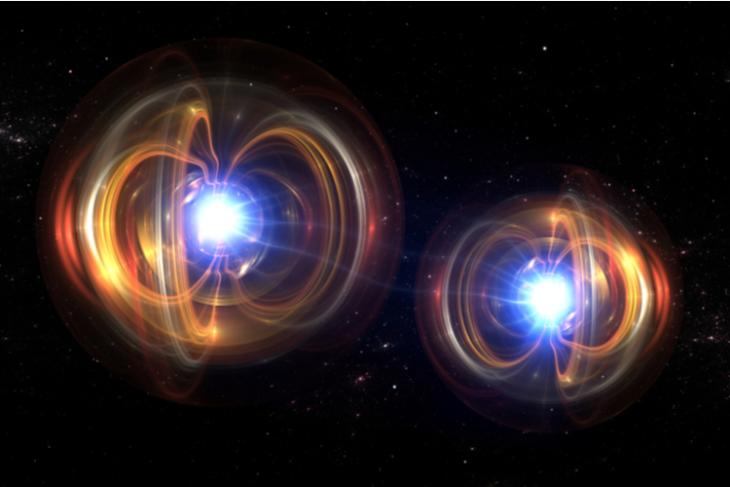 Nearly a century ago, Indian mathematician, Satyendra Nath Bose, and German theoretical physicist, Albert Einstein predicted the existence of an exotic particle that is responsible for the unending expansion of the universe. This came to be known as the Bose-Einstein condensates (BECs). Now, for the first time, astronauts onboard the International Space Station have found the particle out in space, orbiting the earth. And scientists think that this could lead to some major discoveries in the future.

Now, BECs are quite fragile particles and that makes it pretty hard to retain the element for a longer time. This is because they are formed when bosonic atoms (ones that have an equal number of neutrons and protons) are brought down 0 Kelvin (~273.15-degree Celcius).

Once the element is formed, scientists use magnetic traps to confine the element. However, Earth’s high gravitational pull “restricts the shape of possible magnetic traps in such a way that a deep trap is needed to confine a BEC”, according to the report. So, without the appropriate magnetic trap, the BEC interacts with the external world, the temperature rises and as a result, the atom disseminates before scientists could study it. On Earth, this happens in milliseconds.

However, a team of NASA scientists working in the International Space Station (ISS) recently revealed the first results from BEC experiments done in the space station that show unexpected results. According to David Aveline, the leader of the research project, the team found rubidium BECs orbiting the earth. They then used similar magnetic traps to confine the BEC and surprisingly, the element sustained for a whole second before dissipating. This gave the scientists a much longer time to study the matter than they get here on Earth.

According to the scientists, this was possible due to the low-gravitational force (microgravity) in the space station. So, this leads the researchers to believe that microgravity plays a huge role in studying the BECs and this discovery could lead to some monumental breakthrough in quantum physics.

If you are interested to find out more about the subject, then you can read the research paper published by the NASA scientists on Nature journal.