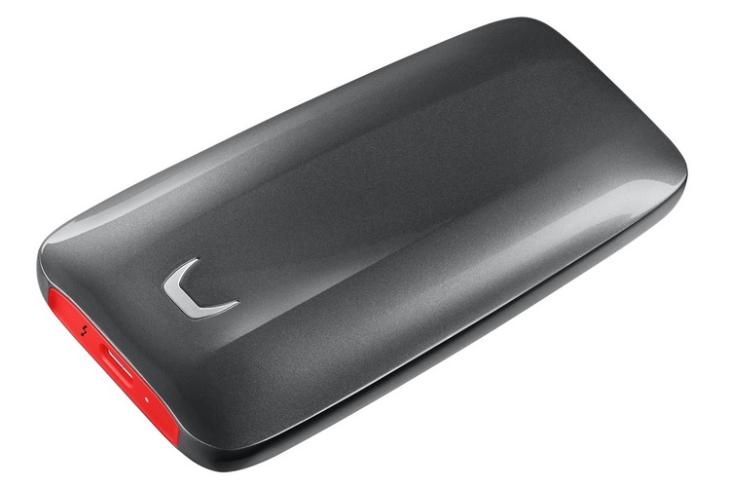 Samsung unveiled the super fast X5 NVMe SSD in the last week of August and today, the company has launched the Thunderbolt 3-supported storage device in India. Targeted at IT professionals and content creators who seek lightning fast data transfer speeds, the X5 SSD has been launched in India in three storage variants starting at Rs. 27,999.

As mentioned above, the SSD X5 is compatible only with devices featuring a Thunderbolt 3 port and offers an impressive bandwidth of 40GB/sec and is claimed to be up to four times faster than the USB 3.1 standard.

In terms of speed, the X5 SSD offers a peak sequential read speed of 2,800 MB/s and a maximum sequential write speed of up to 2,300 MB/s, which means you can transfer a 20GB file in just around 12 seconds. For comparison sake, Samsung’s latest storage device is claimed to be up to 400% faster than the conventional USB 3.1 standard, over five times faster than the SATA interface portable SSDs and over 25 times zippier than HDDs.

The X5 SSD is compatible with devices running macOS Sierra (10.12) or a higher version and Windows 10 (64-bit with RS2 or later build). 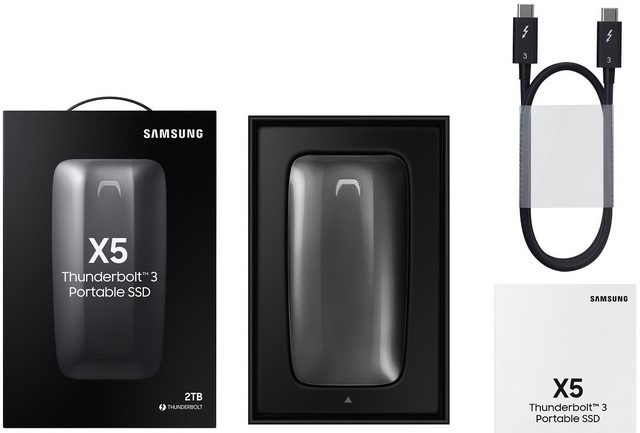 Samsung’s RoHS2-compliant storage device also comes with AES 256-bit hardware encryption as well as the company’s own Portable SSD Software with an optional layer of password protection on top. As for the build, the X5 SSD is encased in a sturdy metallic housing which can resist accidental drops from a height of up to 2 meters, coupled with a shock-proof internal frame and an anti-slip finish on the bottom. Moreover, there is also a heat sink which works in tandem with the Dynamic Thermal Guard technology to ensure that the storage device does not overheat and affect the overall performance.