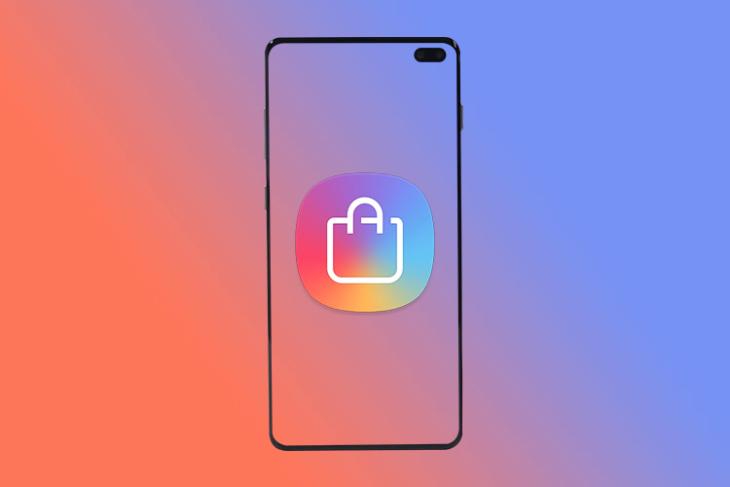 As far as brand trust goes, Samsung is probably higher up in the list than a lot of popular Android OEMs are. However, it looks as though the South Korean giant is trying its hand out at doing things I personally wouldn’t have expected from them — tricking users into installing apps that they probably don’t want on their phones.

The problem is inside the Galaxy Store, which I usually never open, but I happened to go to today in order to install an app on my Galaxy Watch Active. Right on launching the Galaxy Store, the app popped up an ‘Update Galaxy Store’ dialog box with the option to update the app, or decline.

Upon relaunching the app after the update was installed, the Galaxy Store popped up this screen, and in my hurry to get to installing the app I was looking for, I quickly unchecked the box next to ‘Receive notifications about new and exclusive content from Galaxy Store.’ because that’s clearly a way to get my permission to spam me with unnecessary notifications. What I missed, was these already pre-selected apps that the Galaxy Store “recommended” I install because they are, apparently, trending.

This is wrong on so many levels. For starters, if I want to install apps on my phone, I’m fully capable of searching for the app and tapping on the install button, it’s really not that hard. Moreover, if this is Samsung trying to surface apps that I might like well, there are two problems:

Another issue I have with this entire crap-fest that the Galaxy Store is, is the fact that these apps are apparently trending on this app store. “Likee” may be trending, and maybe just maybe Hungama is trending, but apps like VMate, Mobile Premier League, Aawaz(dot)com, etc can not be trending.

Even the Galaxy Store itself doesn’t surface these apps (other than VMate) in its ‘Top’, ‘Trending Apps of This Month’, and ‘Most Searched’ categories, which is a clear indication that these are simply apps that paid Samsung to be installed on as many smartphones as possible, and Samsung accepted. It is, quite clearly, a ploy to increase the number of app installs for these so-called ‘trending apps’, most of which I’ve never heard of before in my life, and it’s my job to look at apps and gadgets, so that’s saying something.