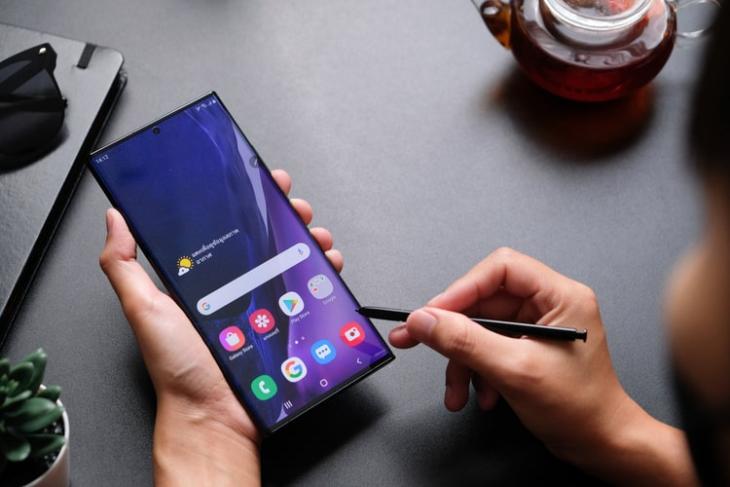 Samsung has been found throttling and limiting the performance of over 10,000 popular Android apps on its Galaxy smartphones. These include third-party apps like those from Google as well as Samsung’s system apps like Samsung Pay, Bixby, Secure Folder, and such. Let’s take a close look at the details below.

According to users on the South Korean tech forum Meeco, Samsung has been using a system app called Game Optimization Service (GOS) to throttle popular Android apps like Twitter, Instagram, TikTok, and many others.

As mentioned earlier, the list involves the Samsung apps too. Although the app is meant to optimize games on Galaxy devices, users have reported that Samsung is using it to limit the performance of more than 10,000 non-gaming Android apps. Meeco users shared the list of the apps that are affected by Samsung’s GOS on Galaxy devices.

One important thing to note here is that the list does not contain any benchmarking apps like Geekbench or 3DMark. That means if a user performs a benchmark test on their Galaxy devices, it shows the maximum scores of the devices, which is clearly a ruse!

This was tested by a Korean YouTuber and the results might shock you! In the test, the YouTuber changed the entire package name of the 3DMark benchmarking app to Genshin Impact, which is one of the apps on Samsung’s throttling list. Then he performed a test using the real version of the 3DMark app and the “fake” version of the app separately.

While the real version churned out a score of 2618, the same app with the blacklisted name maxed out at only 1141 points. It is a significant drop in the scores and showed how Samsung is limiting the performance of the blacklisted apps by decreasing the score to half of their full potential. However, it is worth noting that the Game Optimization Service app is not installed on every Galaxy device. There’s also no word on the affected Galaxy models.

Now, it is not known why Samsung is throttling the performance of so many Android apps on its Galaxy devices. We saw OnePlus do the same on its OnePlus 9 series last year to increase the battery life of its devices. Hence, it might be possible that Samsung is doing it for the same reason, though the company has not yet released any official statement regarding the issue. It is suggested that Samsung is conducting an internal investigation to resolve the complaints.

We will let you know once Samsung releases an official statement addressing this issue. Hence, stay tuned to this space.