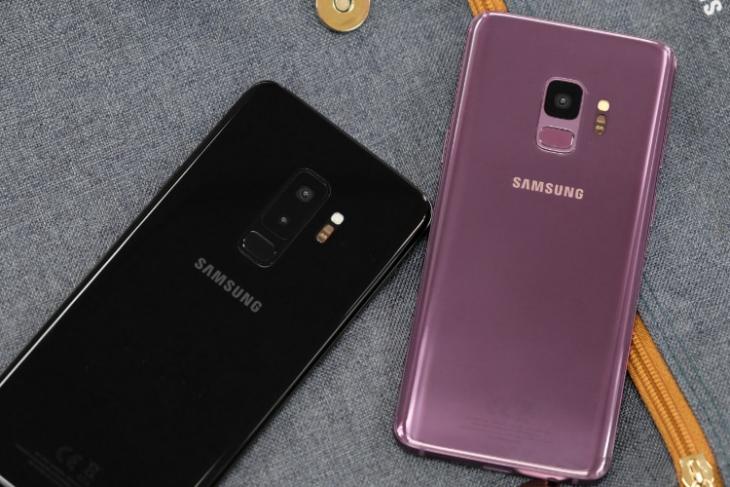 Samsung has launched the latest entry in the Galaxy series in India today, with both the Galaxy S9 and the Galaxy S9+ variants, powered by Samsung’s Exynos 9810 chipset. The phones will be available from March 16 at various online and offline retailers.

In addition, Samsung has launched a new loyalty program for Samsung Pay called Samsung Rewards. Let’s take a look at the phones first.

The Galaxy S9 comes with a super-speed Dual Pixel 12MP AF sensor with a dual aperture (F1.5 mode/ F2.4 mode), with OIS for video recording. On the front side, the device features an 8-megapixel AF sensor, with F1.7 aperture.

In terms of displays, both the variants will feature 5.8-inch 18.5:9 displays with a resolution of 1440 x 2960. The design language is the same that was on the Galaxy S8, with minimal bezels and no capacitive navigation buttons. The devices are said to have a glass body with exquisite curves around the edges to improve in-hand feel and grip.

Additionally, the fingerprint sensor has been moved below the primary camera, instead of next to it. Apart from that, the device will combine iris and facial recognition for enhanced biometric security. The Galaxy S9 will have a 3000mAh battery which is rated for up to 22 hrs of talk time.

The Samsung Galaxy S9+ is the bigger brother of the Galaxy S9, featuring a bigger display and better cameras. The device will also be available in two variants, with prices starting at ₹64,900 for the 6GB/64GB variant and ₹72,900 for the 6GB/256GB variant. Like the S9, the S9+ is also powered by Samsung’s octa-core Exynos 9810 chipset.

The Galaxy S9+ features an advanced dual camera setup. It has a 12 MP wide-angle lens and a 12MP telephoto lens. The former has a dual aperture mode (F1.5 mode/ F2.4 mode), while the telephoto has an F2.4 aperture.

In terms of display, the Galaxy S9+ has a bigger 6.2-inch display with a 1440 x 2960 resolution and ~529 PPI density. Apart from the size, the display looks essentially the same as the Galaxy S9. On the back side, the fingerprint sensor is below the dual-camera setup, and the device is backed by a 3500mAh battery that should offer up to 25 hrs of talk time.

Both the Galaxy S9 and S9+ will come with Android 8.0 Oreo with Samsung Experience on top of it. Samsung has also taken a stab at animated emojis by introducing its own AR Emoji, which will be available on both the devices. Lastly, both the devices come in a total of three color options to choose from –  Lilac Purple, Midnight Black, and Coral Blue.

Those buying the Galaxy S9 at Samsung stores can get a cashback of Rs 6,000 through the Paytm Mall, HDFC debit and credit cards. Samsung is also offering an extra discount of Rs 6,000 for those exchanging older Samsung devices for the new S9 and S9+.

The company has also tied up with telcos such as Airtel, Jio and Vodafone for subsidized prices in addition to special postpaid plans and other benefits. Vodafone, for example, is offering Netflix subscription for 1 year with the Galaxy S9.