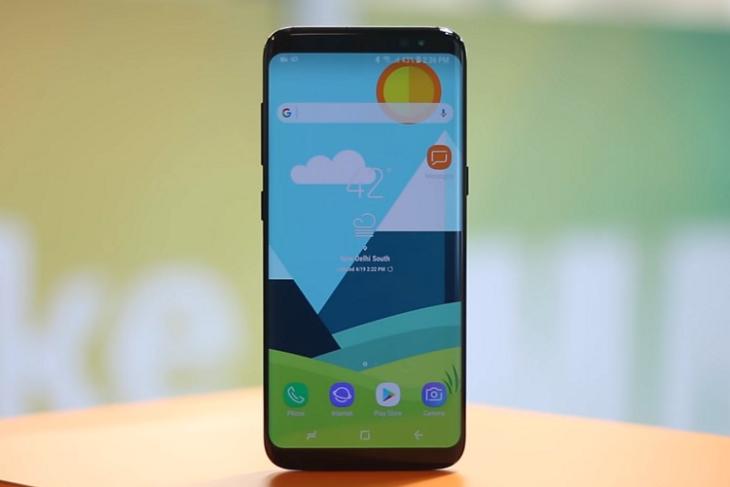 Samsung Galaxy S8 was one of the most stunning flagship devices launched the previous year. We had been expecting the Korean giant to show off its successor, the Galaxy S9 at CES in Las Vegas but it was later confirmed that it’ll be launched at MWC 2018 at the end of February.

While there’s still some time to go before it’s official, a purported retail box of the Galaxy S9 has surfaced today on Reddit and has possibly leaked the specs in its entirety. The retail package looks quite convincing as it has the same matte black colour and similar-looking texture to the Galaxy S8 and S8+ retail boxes.

The biggest takeaway from the retail box will surely have to be the upgraded camera setup on the Galaxy S9. If you take a close look at the box, you’ll notice that the device will include a “Super Speed Dual Pixel 12MP” camera, with variable f/1.5 and f/2.4 aperture. We also get an 8MP selfie snapper, with auto-focus support.

Here’s a sneak peak of the Galaxy S9’s retail box: 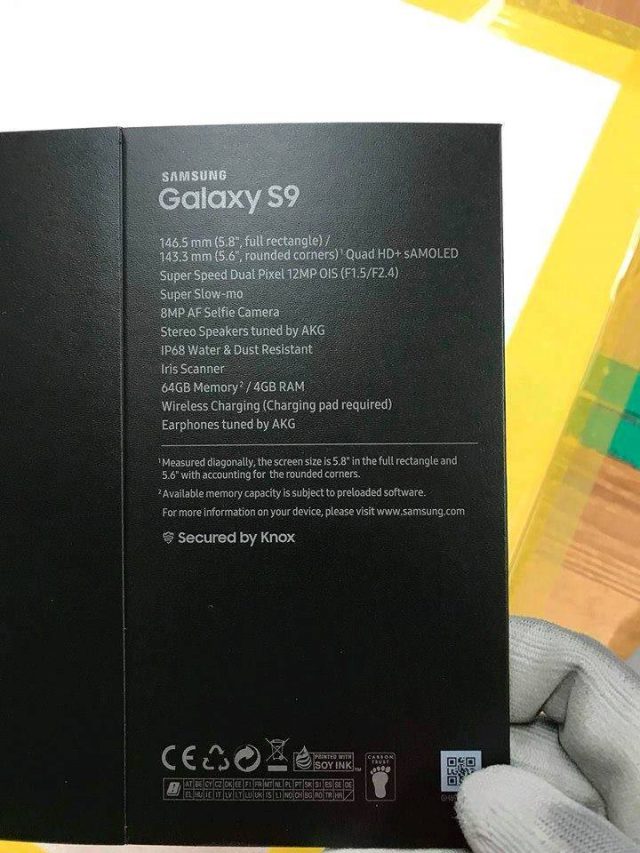 There is currently no info on how Samsung plans to make use of the variable aperture, which was seen in the Korea-exclusive Samsung W2018 flip phone. It is suggested that this feature will bring immense improvement in low light and bokeh photography. It is widely believed that the sensor is also going to be powerful enough to capture 43% more light than Sony’s flagship sensor, while also supporting super slo-mo video capture.

Most of the specs highlighted by the leaked retail box fall in line with the leaks and rumors we’ve seen over the past couple months. The Galaxy S9 will sport a 5.8-inch Quad HD+ SuperAMOLED Infinity display with an 18.5:9 aspect ratio and round corners, just like its predecessor. The height of the device also tells us that Samsung has cut down the top and bottom bezel even further, which is also true as per previous leaks.

There’s no doubt that the Galaxy S9 will be powered by the Snapdragon 845 globally and the recently announced Exynos 9810 in select locations, like India. This will be coupled with 4GB of RAM and 64GB onboard storage, which is a little saddening as several hardware makers are shifting to 6GB/ 8GB RAM on their flagships. It will still feature Knox Security, IP68 water and dust resistance, audio tuned by AKG, along with wireless charging in tow.

Though the details offered by this leaked Galaxy S9 retail box look extremely compelling, there’s currently no way to confirm whether this is the final specs sheet. We won’t have to wait too long to find out though, as the S9 is being unveiled at MWC next month and Beebom will be at the Mobile World Congress, to bring you all the juicy details of the flagship phone as soon they are revealed.