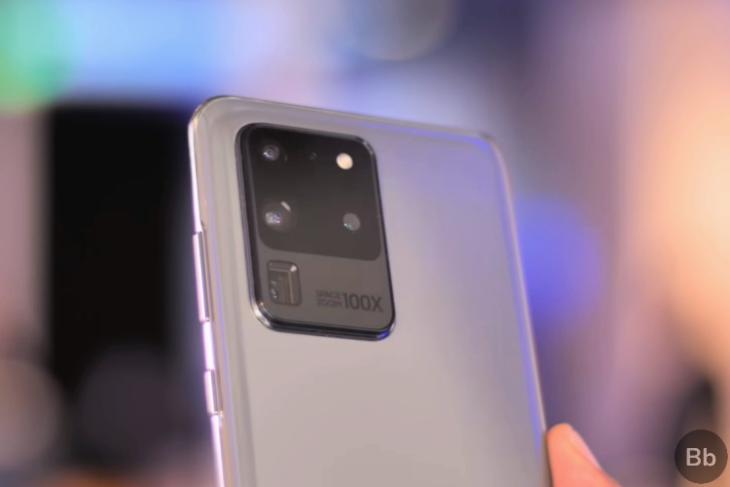 Earlier this month, Samsung Mobile CEO TM Roh revealed that popular Note features will make their way to other smartphone lineups very soon. This essentially confirmed S Pen support for the upcoming Galaxy S21 series. But, an FCC report has now cleared out any doubts and confirmed that the Galaxy S21 Ultra will support the S Pen.

The FCC report talks about a test device with the model number SMG998B, which is for the upcoming Galaxy S1 Ultra. As seen in the FCC document below, the test device can be used with an S Pen in two modes, i.e. hover and click. It operates in the range of 0.53 – 0.6MHz, as per the FCC document. “The EUT was set to continuously transmit to the S Pen in each of the two modes.” 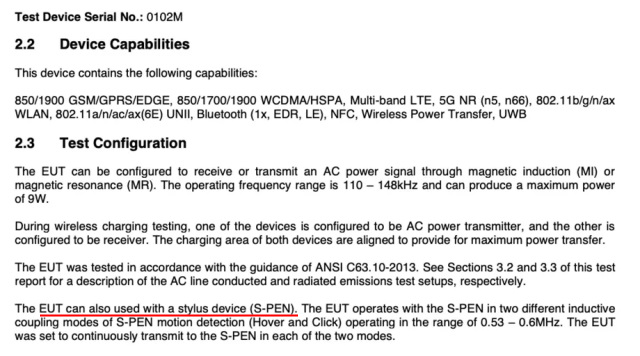 Plus, if you haven’t heard, the Galaxy S21 Ultra won’t have a cavity — like the Galaxy Note series – to house the S Pen. You will be able to use an existing S Pen you own or buy a new one to use with the S21 Ultra. Samsung might make a case where you can house the S Pen.

Besides the S Pen support, the document confirms that the Galaxy S21 Ultra will also support wireless power transfer. It means you will be able to charge your accessories, including the upcoming Galaxy Buds Pro. The device will also support Wi-Fi 6E and ultra-wideband, which will be useful in locating lost objects.

Samsung is rumored to take the wraps off the Galaxy S21 series on 14th January. It will also unveil the Galaxy Chromebook 2, Galaxy Buds Pro, and a new Rose Gold colorway for last year’s Galaxy Watch Active 2.