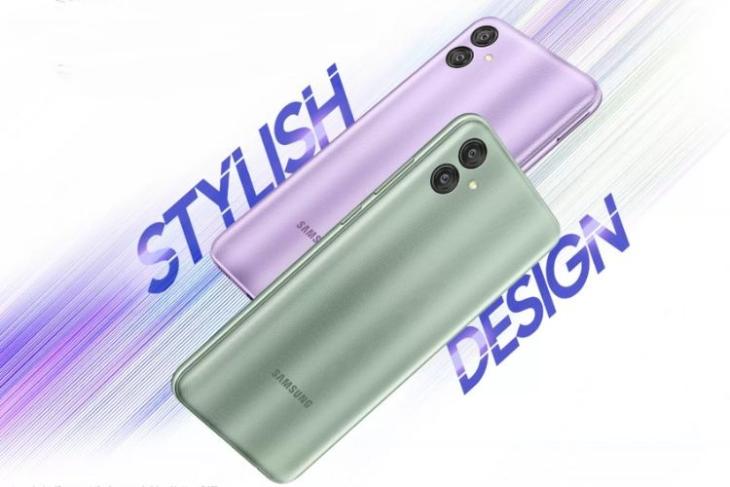 Samsung will launch the new affordable Galaxy F04 smartphone in India, which is set for January 4. The smartphone will be a successor to the Galaxy F03 and will come in addition to the recently launched Galaxy M04. Here’s what to expect.

The information has been confirmed via a dedicated microsite on Flipkart. Needless to say, the Galaxy F04 will be available exclusively via Flipkart.

The listing reveals that the Galaxy F04 will launch at 12 pm on Wednesday. We also have a look at the phone’s design. It is shown with two rear cameras arranged vertically, much like the Galaxy M04. There’s a display with a waterdrop notch too.

It is also confirmed to get two years of software updates and will come in two color options: Jade Purple and Opal Green. The microsite also gives a hint of the possible price, which could start at either Rs 7,499 or Rs 7,999.

There’s confirmation on some of its specs too. It is revealed that the Galaxy F04 will be powered by a MediaTek Helio P35 SoC, which is also found in the M04. The phone will feature a 6.5-inch HD+ display and a 5,000mAh battery. There will be support for up to 8GB of RAM with the RAM Plus technology.

Other details regarding the Samsung Galaxy F04 will be out on December 4 but we can expect it to be just like the Galaxy M04. Stay tuned for further information and do let us know if you are interested in going for the upcoming entry-level Samsung phone in the comments below.