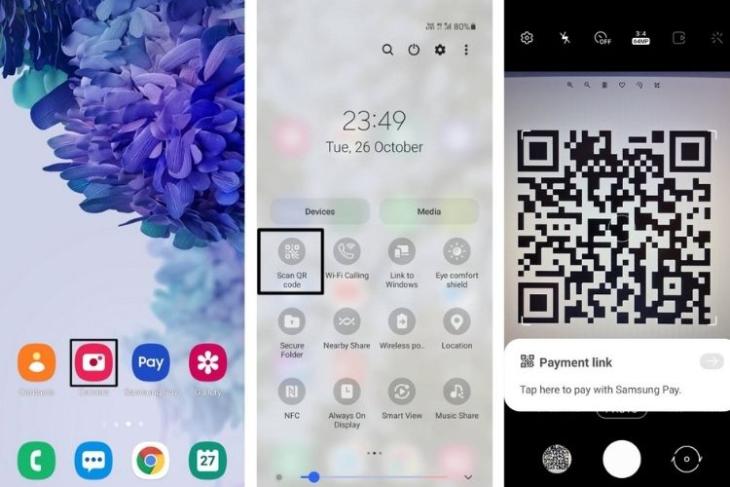 Citing the massive growth of UPI payments in India, Samsung has now announced to add the Scan QR feature to more Galaxy devices in India to make online payments easier. Although the feature is currently present in many high-end Samsung Galaxy devices, the Korean giant today announced to expand it to more devices to improve the payment experience of Galaxy users in India.

The company announced the expansion via an official blog post. In the post, Samsung mentioned that Galaxy users will now be able to scan and pay using the camera and the Quick Panel of their Galaxy devices. It also highlighted that the feature is “specially designed for Indian market” and will soon become available for more Galaxy models.

Once the feature goes live, users will be able to simply launch their camera app or tap the new Scan QR code tile in the Quick Panel menu to scan and make payments instantly. “With camera and Scan QR integration, payments can be initiated with minimal clicks,” the company wrote in the official post.