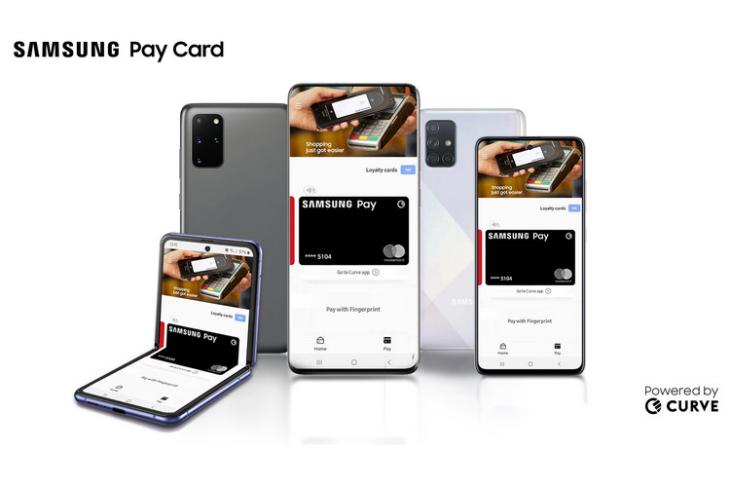 Samsung has unveiled its new digital payments service called ‘Samsung Pay Card‘. The company also announced a partnership with digital banking platform, Curve, and payments processor, MasterCard, to launch the new platform. “The all-new digital payments solution will offer Samsung customers greater flexibility and control when managing their finances by offering a single view of spend, whilst also enabling a simple and secure way to pay”, the company said in a statement Wednesday.

Calling it an “unique payments solution”, Samsung claimed that the platform will offer customers a “true digital wallet experience”. It will also make digital payments simpler, the company said. The South Korean tech giant is expected to launch the Samsung Pay Card in the UK later this year.

Curve is a UK-based fintech startup that lets users consolidate all their bank cards into a single card and app. Its partnership with Samsung is the first of its kind in Europe for Samsung Pay.

In a press statement, Conor Pierce, Corporate Vice-President of Samsung UK & Ireland, said the new payments solution will be available via Samsung Pay. “We are delighted to announce this new partnership with Curve, coming together to provide a new payment solution for Samsung customers which will be available via Samsung Pay later this year” he said.

It is worth noting that this is not the first time that Samsung is working with Curve. The latter added support for Samsung Pay last November, making it easy for Samsung phone-owners to make mobile transactions. The partnership is critical for Samsung, which has thus far struggled to persuade major banks to support its payments platform. The company will be hoping that the partnership with Curve will change its fortunes for the better.