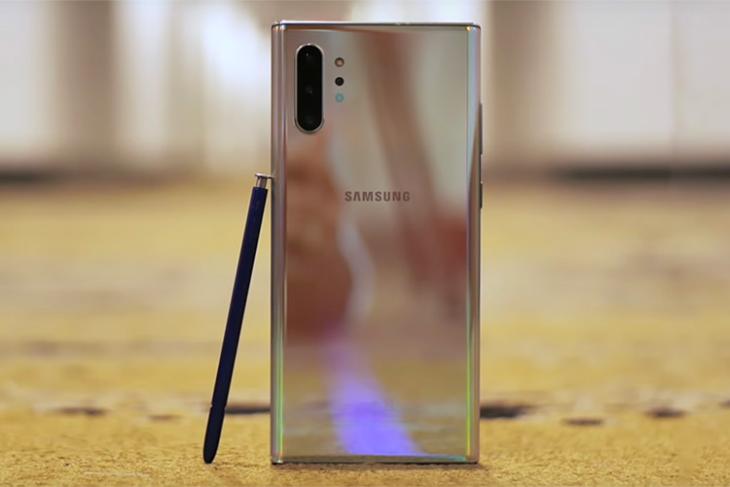 Samsung has often been admonished and ridiculed for inordinate delays in rolling out the latest Android updates. And while most phone makers are trying to speed up their update rollout process, Samsung still appears to be stuck in a rut. The latest development, which was first reported by SamMobile, will do nothing to improve the Korean giant’s reputation on the update front.

Samsung’s Israeli arm has published the update roadmap on the Samsung Members app, as per the publication’s report. It reveals that no Galaxy smartphone or tablet will receive the stable Android 10-based OneUI 2.0 update before January 2020.

Galaxy S10, Galaxy Note 10, and Galaxy Note 9 lineups are the first in line but will receive the update in January, while the Galaxy S9 is scheduled to be updated in April next year, alongside a collection of recent mid-range A-series phones, including the Galaxy A50 and Galaxy A70.

The update is also scheduled to be rolled out to a bunch of other Galaxy A- and J-series devices, including the A10, A10s, A20, A20s, J6, J8 and more, but only later in the year. Talking about Samsung’s tablet lineup, the Galaxy Tab S4 from last year is also slated to receive the Android 10 update in September next year. Yeah, when Android 11 will start rolling out to Pixel phones officially. You can check out the complete list of smartphones and tablets that will get the Android 10 update right here.

The timetable is very likely applicable only for Israel and will not necessarily be followed globally, but the final ETA is unlikely to differ significantly either way. That being the case, users will still have to wait for months to get the latest software on their phones. Hopefully, Samsung will release country-specific roadmaps soon, especially for India, so that we can get a more definitive idea about the update rollout cycle. So, has Samsung published the Android 10 update roadmap for your country? Let us know in the comments down below.