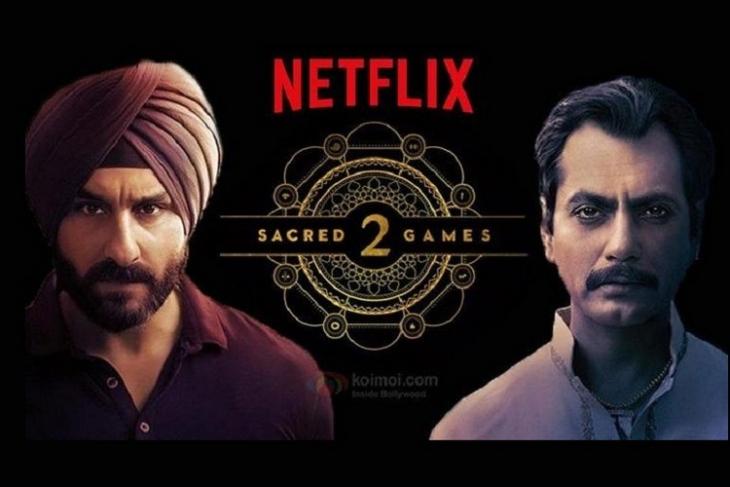 The much-awaited Season 2 of Netflix’s first original series in India, ‘Sacred Games’, is all set to be released August 15, but it will be available a day early for OnePlus smartphone users. According to an announcement from the Chinese smartphone maker on Saturday, OnePlus community members will have the chance to watch the first episode of the Anurag Kashyap-directed series by registering for special screenings in Mumbai, Delhi and Bengaluru.

“The screenings will be held on August 14. Tickets will be live today from 12.00 pm onwards”, OnePlus said in a statement. The collaboration between Netflix and OnePlus was announced last May, when the latter released two posters and a behind-the-scenes video for Sacred Games Season 2 – shot on OnePlus 7 Pro.

“When we announced our partnership with Netflix, we spoke about bringing unique experiences for our community and provided an incredible viewing experience on OnePlus 7 Pro with its HDR supported display. We are happy to bring this unique experience to our community and look forward to a full house as we watch the first episode of the exciting new season of Sacred Games”, said Vikas Agarwal, General Manager, OnePlus India.

The show, which proved to be one of the breakout hits for Netflix in India last year, is based on a novel of the same name by Indian-American author, Vikram Chandra. The story revolves around Inspector Sartaj Singh and gangster Ganesh Gaitonde, played by Saif Ali Khan and Nawazuddin Siddiqui, respectively.

Based on the criminal underbelly of metropolitan Mumbai, the series chronicles how the life of a troubled police officer in the city turns upside down after receiving a phone call from a gangster, warning him about an impending calamity.