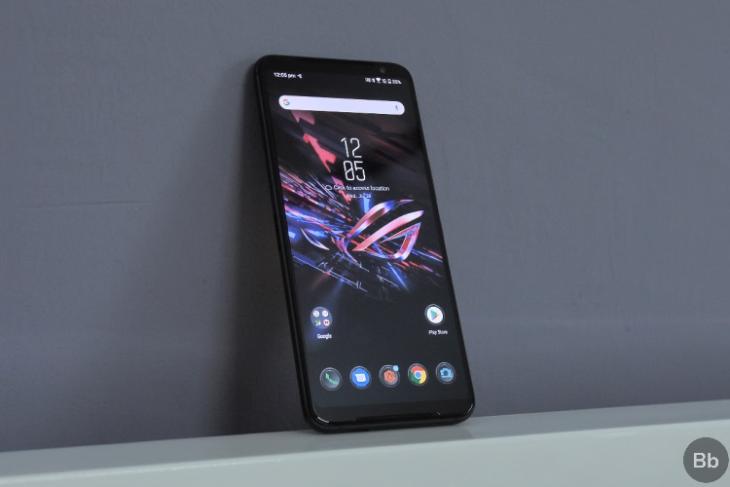 If one hyped smartphone launch wasn’t enough this week, we today saw Asus take the wraps off its next-generation gaming beast. The company launched the ROG Phone 3 globally, including India, at a virtual launch event. ROG Phone 3 builds on the legacy of its popular and insane value-for-money predecessor. It is the first Snapdragon 865+ phone to launch in India, including a 144Hz display, 64MP triple camera array, and a huge 6,000mAh battery as well.

ROG Phone 3 carries forward the same design philosophy as its predecessor. You still find tiny bezels, both at the top and bottom on the front, but they’re deemed essential for a fulfilling gaming experience. The bezels help avoid unintentional touches, which is great, but the biggest benefit is that there’s room for dual front-firing speakers. It’s one of my favorite features here.

The back panel design remains almost the same as well. The iridescent lines, angular camera module, and the heat vent helps complete the gaming phone look. It sports a triple camera array, an RGB-lit ROG logo, and Gorilla Glass 3 protection on the rear. The fingerprint sensor sits under the display and the phone still weighs a lot – 240 grams, to be exact. 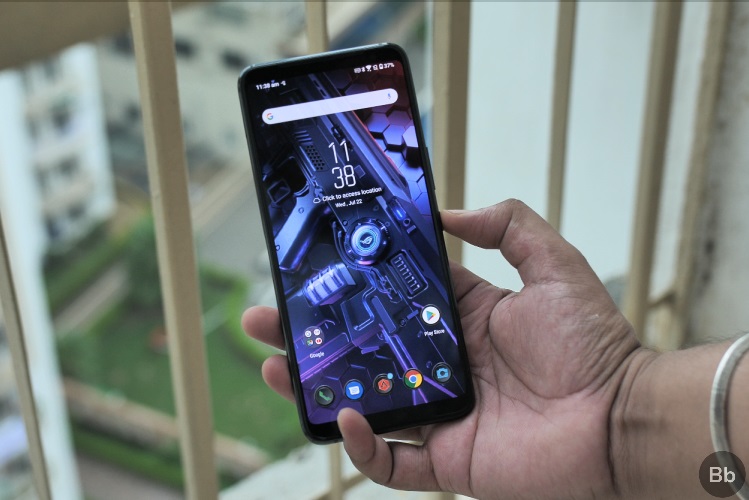 Under the hood, Asus ROG Phone 3 is powered by the Snapdragon 865+ chipset that was recently announced by Qualcomm. This is one of the first phones to be backed by this slightly overclocked flagship chipset. You will also find up to 12GB LPDDR5 RAM and 256GB UFS 3.1 storage onboard.

We can’t go without talking about the thermals of this gaming phone. ROG Phone 3 arrives with the 3rd-gen GameCool system in tow. It sports a 6x larger heatsink, redesigned Copper 3D vapor chamber, and a larger graphite film, as per the official press release. Asus states that its thermal system will help keep the temperature in check, offering a stable gaming experience.

The Taiwanese giant builds on existing ultrasonic shoulder buttons with new motion tracking gestures. ROG Phone 2 added tap and slide gestures in addition to the usual functionality of the Air Triggers. You can, however, do a lot more with the ROG Phone 3 since it now also supports “swiping” and “dual partition” functions.

The swiping function, as the name states, lets you swipe right or left on each Air Trigger to perform 2 additional actions. This means you now have five touch inputs via the Air Triggers. If that’s not your cup of tea, you can divide the length of the Air Trigger into two (virtually) and get four buttons at the top while playing in landscape mode. The former is surely going to come in handy for quickly popping a bandage or medkit in a PUBG fight.

Also, Asus continues to offer additional ports on the edge of the ROG Phone 3. It includes a side-mounted USB Type-C port, as usual, to connect accessories and the charging cable when you use the phone in landscape mode. 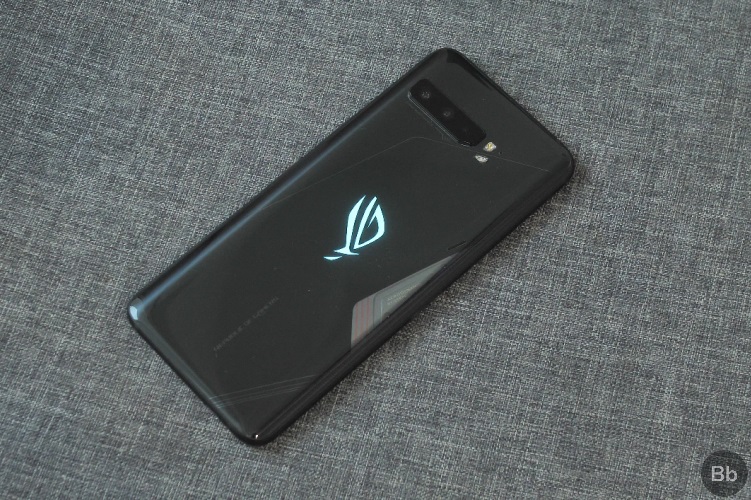 The already likable dual-camera setup aboard the ROG Phone 2 gets an upgrade in line with the times. You now have a triple camera array aboard the ROG Phone 3, which is helmed by a 64MP (f/1.8) Sony IMX686 sensor. There’s a 13MP (f/2.5) ultra-wide camera with a 125-degree FOV and a 5MP macro camera onboard as well. It supports up to 8K video, 4K slow-mo video recording, and a Pro mode.

We expect the cameras aboard the ROG Phone 3 to be pretty decent even though it’s a more gaming-focused phone. Let’s not forget the 24MP selfie camera baked in the top notch.

Another key highlight for the ROG Phone 3, well, is the massive 6,000mAh battery. It was the main attraction for its predecessor and was loved by users, thus, it is here to stay. The phone also supports up to 30W fast-charging, which Asus boasts can juice up 75 percent (around 4,510mAh) battery in just 46 minutes.

This sounds great for hardcore gamers, who can plug in their phones and quickly have some charge to continue practicing. The one thing that games want – a 3.5mm audio jack is, however, missing in action. Asus is bundling the AeroActive Cooler 3 with ROG Phone 3 to not only bring back the 3.5mm jack but also further lower the temperature by 4-degree Celcius. 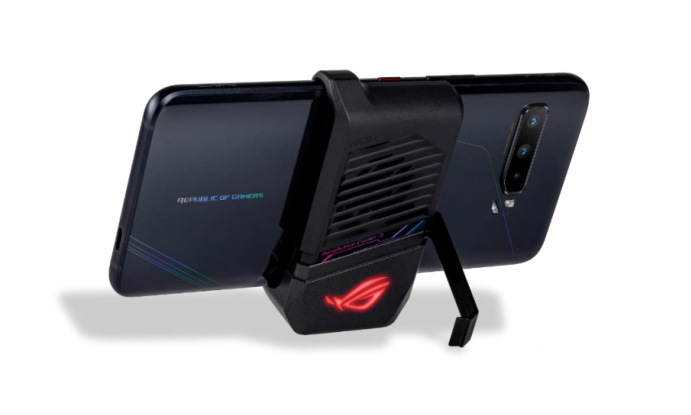 This smartphone will be available to buy in a single black color variant and go on sale starting from 6th August, exclusively on Flipkart.

The ROG Phone 3 Has a Hidden 160Hz Refresh Rate Mode